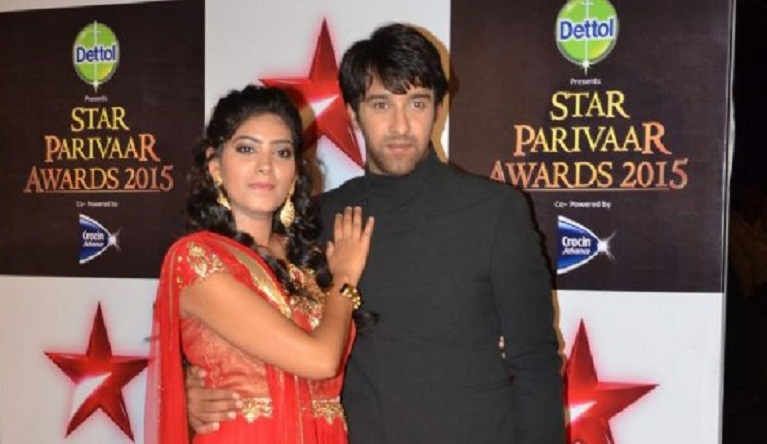 There are many couples who are paired opposite each other on screen who don't get along well in real life.Â  Be it Karan Mehra and Hina Khan or the allegeded rumors regarding Vivian Dsena and Drashti Dhami in their Madhubala - Ek Ishq Ek Junoon days.Â  Its been common to have onscreen couples who don't see eye to eye onscreen.

The latest couple to join thiss bandwagon is the Suhani Si Ek Ladki lead pair Sahil Mehta and Rajshri Rani Pandey.Â  Our source informs us, "The duo was very friendly earlier but somehow the two just stopped interacting with each other over night."

When we contacted Sahil he said, "Its nothing like that.Â  We are cordial with each other."

On the other hand Suhani said, "Its not from my side but rather Sahil has not been talking to anyone on the sets the way he used to before and I don't know the reason.Â  We were friends but we don't talk much anymore."

Now we wonder why the changed behavior in Sahil's demeanor on the sets? Â  Â

+ 4
5 years ago Vivian Dsena, Drashti Dhami, best wishes in career and in life to each of you. Stay blessed.

+ 2
5 years ago vd i dont care what happened b/w u and ur last show's costar. all i know is that u r a darling. love u. all the best for JDJ

5 years ago I know my comment is not directly related to the article but I just realized that this female lead of 'suhani si ek ladki' was seen in Madhubala before. She was Madhu's colleague at her beauty parlor (the one who used an expired cosmetic product on a customer..after which Madhu realizes she'd used the same thing for Trishna). Anyway, its a small thing but just thought of sharing some MEIEJ trivia ;) coz I still miss the show terribly.
Love Drashti Dhami and Vivian Dsena. RishBala/RajBala are eternal.