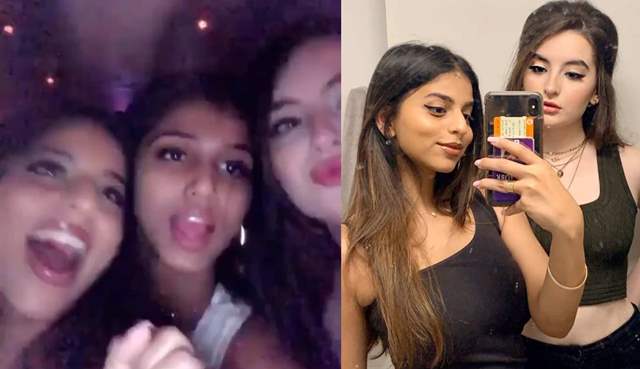 Shah Rukh Khan and Gauri Khan’s daughter Suhana Khan is already an internet sensation and has already carved her massive fan following even before her big Bollywood debut. The young diva has a huge fan base on social media and the moment she uploads any of her picture or video or is spotted anywhere, it goes viral. While Suhana has kept her account private, it's her fans who keep sharing every detail about her life.

Now, her partying scenes are setting the internet on fire. In the pictures and videos released online, Suhana can be seen partying hard with her gang.

In the pictures and videos gone viral, Suhana can be seen donning a black off-shoulder top posing for mirror selfies with her friend. In one pic, her sparkling smile and perfectly made winged eyeliner is winning hearts and in the other its her weird expression that is grabbing attention.

Check out the pics and videos below:

For all those who don’t know, Suhana is currently completing her studies in New York University and recently, a video of Suhana had gone viral on social media wherein she was seen showing off her acting chops in her short film, ‘The Grey Part of Blue’.