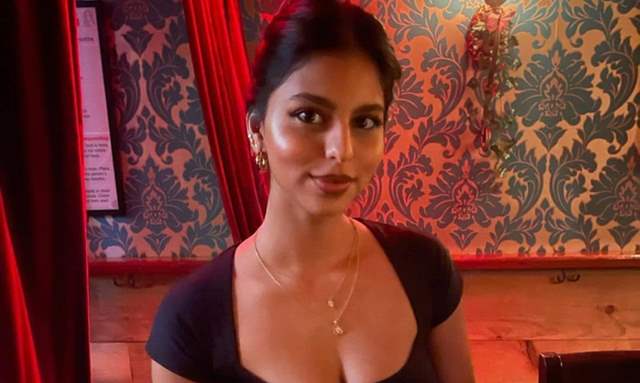 Shah Rukh Khan's daughter Suhana Khan is not new to netizens trolling her. The star kid is quite active on social media and she has the best comebacks for her trolls who pass leud and unnecessary comments on her pictures. Earlier, she even shared some screenshots of the racist remarks thrown against her on social media.

However, it seems the young star kid is too tired of all the hate she has received in all these years.

Suhana raked many compliments on the couple of pictures that she shared on Instagram on Sunday. But, she has now deleted her post.

In the recent pictures shared by Suhana, she was seen enjoying her evening at a beautiful restaurant in a black dress and perfect makeup followed by a neat and excellent hairdo. She was seen sporting a golden necklace that completed her look.

Interestingly, her mother Gauri Khan to her BFF Navya Naveli Nanda and her cousins showered love over the recent picture. Suhana even secured compliments from her fans. Perhaps, it seems a section of the audience wasn’t happy with her pictures, leading her to delete them.

The young star kid is yet to share the reason behind her deleting the post, and we are not sure if she even plans to tell us the reason. Nevertheless, she has already restricted comments to the people she follows herself.

Previously, Suhana Khan has spoken about all the online bullying and hate comments she had to face on Instagram.

Being an avid social media user, she enjoys a massive following of one million followers and often shares pictures with her friends and family, that are a delight for all her fans.

Suhana is studying in the United Kingdom, and the star kid is likely to make her Bollywood debut soon.