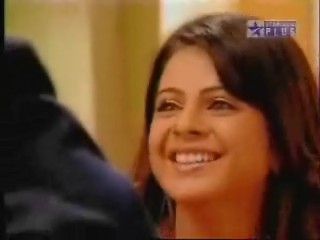 The Star Plus afternoon Soap Bhabhi is now going thro lots of twists and turns. The story is now in an extremely gripping stage wherein Suhaana is presumed to be dead, while her look-alike Lolita claims to be Suhaana. Vishal Singh who plays Dev is traumatized and is in a dilemma as his wife’s look-alike claims to be his wife… , the wife who died just before his eyes..

The look-alike Lolita is now fighting it out in court, to prove herself as Suhaana. Well, a mole on Dev’s back, temple going scene, the mangalsutra getting broken, the diary of Suhaana are few things that the look-alike speaks of in court to prove her true identity.. Now, does this story ring bells in your ears? Ofcourse yes, because this recent track in Bhabhi seems to be an exact take-off from a very popular film of the 60’s, Mera Saaya… We saw the sad husband Sunil Dutt trying to get to terms with his wife’s death and there was a Sadhana pleading to the court that she was indeed the protagonist’s wife…

“The court drama is going on now where the protagonist presumed to be Lolita claims to be the wife of Dr. Dev, Suhaana Thakral. She cries and sulks in court that she is Suhaana, but her husband is not convinced at all.” Rucha preferred not to reveal the real identity, as she said, “ If I reveal the suspense, then the spice in the story will be lost.. I want my viewers and fans to be glued to their TV sets every at 1.30", says Rucha. When quizzed about Amit Tandon playing the new Nihaal, Rucha had to say, “
Featured Video 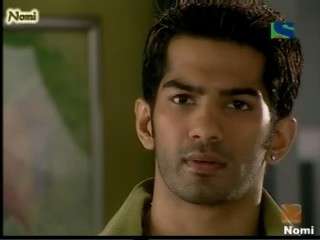 Yes, it is true that Amit has been replaced as Nihaal now. He has already started shooting. There will be a major twist in the tale very soon. Nihaal is closely watching the happenings in court, he is watching the total chaos at court where the protagonist is trying to convince one and all that she is Suhaana. The protagonist goes mad on getting a death sentence. She behaves hysterically and gets violent in court. So she gets admitted to the Mental Asylum where eventually it is Nihaal who will help out the protagonist on her journey to truth”, says Rucha..

So much drama and twists are in store in this daily afternoon soap Bhabhi.. But watching this story go exactly the “Mera Saaya” way, we all can just hope that the end to this twist will also go as per the movie, thus revealing to the audience that the girl is indeed Suhaana and not Lolita… Keep watching Bhabhi to know more!! 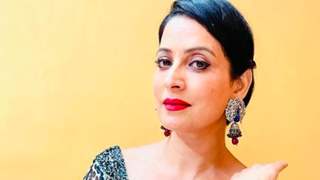 + 7
15 years ago Omg, that really is an exact copy of Mera Saaya! Couldn't they think of anything original?

+ 5
15 years ago thnx for the article...im gna miss old nihal...any reason why he left the show?? i think Amit wil do a good job

15 years ago The article is very informative indeed.......... I hope Suhaana returns to Nihaal. Amit Tandon was the perfect choice 4 this role!

+ 3
15 years ago bhabhi is really doing good for a afternoon show!! the trp's are really high these days!

15 years ago thnx !
i love amit but i luved da old nihaal 2 hpe i get to c him in sum ova serials!