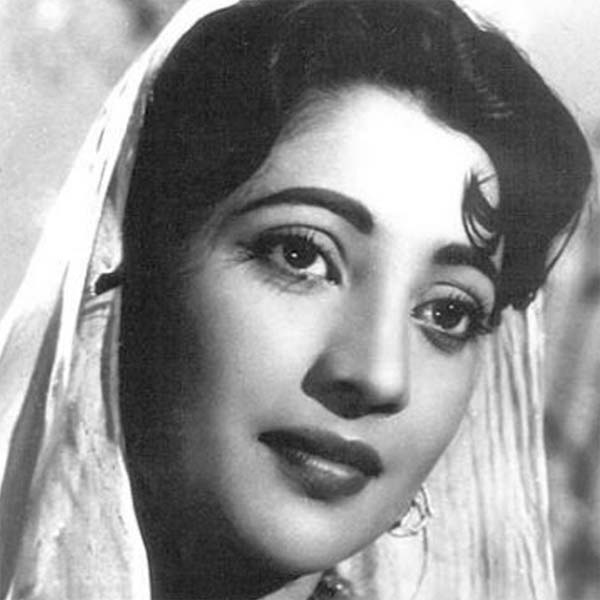 Bengali screen goddess Suchitra Sen, who had captivated generations of film buffs with her looks and grace, died at a south Kolkata nursing home on Friday following a massive cardiac arrest, an attending doctor said.

A widow, Sen leaves behind her daughter Moon Moon Sen and grand-daughters Riya Sen and Raima Sen, all three having taken to acting as a career.

"She was a wonder," said Banerjee, who personally supervised the funeral arrangements through the day and accompanied the body up to the Keoratala crematorium where Sen's mortal remains were consigned to flames after her actress daughter Moon Moon lit the funeral pyre.

Thousands turned out on the streets to witness the legendary actress's last journey. People climbed trees, lampposts and stood on roof tops for hours for a fleeting glimpse of Sen, who had led a reclusive life over the past three and half decades.

But the most popular actress in Bengal's history remained virtually invisible to her adoring fans even after her death. From the nursing home the body was taken to her residence for a brief while in a coffin inside a hearse fitted with dark glasses and covered with floral wreaths.

At the crematorium, Sen was given a gun salute by the police in the presence of the chief minister, other ministers, political leaders, film personalities and doctors who treated her in her last days.

Some openly wept, many were misty eyed.

Sridevi called her "an actor par excellence, a divine beauty, an icon who will inspire generations to come", while Madhuri Dixit said Indian cinema will miss her.

The Bengal film industry was plunged into gloom.

Bengali superstar Prosenjit solemnly stood by the family -- Moon Moon and Sen's grand-daughters Raima and Riya -- during the last rites.

Sen, the most popular Bengali actress ever, dominated the film world at Tollygunge (the South Kolkata area known for its film studios) from the mid-1950s to the mid-1970s.

Known for her romantic on-screen mannerisms like a slight movement of the neck and deep, penetrating look with her large, beautiful eyes that broke many a male heart, Sen was the second Indian actress to win an international award - after Nargis - when she was selected as the best actress in the Moscow Film Festival for the movie "Saat Pake Bandha".

During a 26-year acting career, Sen acted in 52 Bengali and seven Hindi films, and formed the greatest romantic pair in the regional language's history with the legendary Uttam Kumar.

They featured together in 30 films, churning out one hit after another - Agnipariksha", "Ora Thake Odhare", "Shap Mochan", "Harano Sur", "Pathey Holo Deri", "Saptapadi" and "Haar Mana Haar", among others. The era is aptly rated as the golden period of Bengali cinema.

Over the years, she began to be called the Greta Garbo of Indian cinema after the Sweden-born Hollywood actress, who steered clear of publicity for about 40 years till her death.

Born Rama Dasgupta in 1931 at Pabna, now in Bangladesh, she entered films as Suchitra after her marriage and became a star with her first released movie "Sare Chuattor" - an evergreen comedy - in 1953, that also featured Uttam Kumar.

She delved into Hindi films with "Devdas" in 1955 opposite Dilip Kumar, playing the hero's childhood sweetheart Parvati or Paro. Despite several remakes, Sen's Paro is still considered the best.

In 1975, Sen played the title role opposite Sanjeev Kumar in "Aandhi", said to have been inspired by the life of then Indian prime minister Indira Gandhi, winning a filmfare nomination for best actress.

She was awarded the Padma Shri in 1972. In 2012, the West Bengal government conferred its highest award 'Banga Bibhushan' on Sen in absentia.