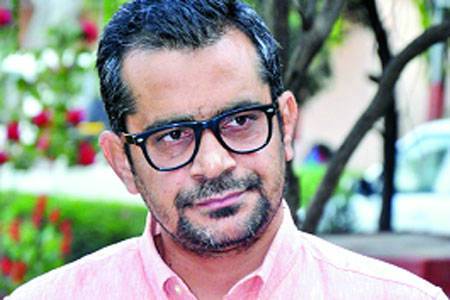 Filmmaker Subhash Kapoor, lately beleaguered by charges of sexual harassment, has quietly started shooting for his next film "Guddu Rangeela".

Kapoor and his cast comprising Arshad Warsi, Amit Sadh and others left for Shimla last week where the director is valiantly trying to piece back his scattered life by focusing on his work.

"Subhash is taking it one day at a time. His main and immediate fear when the unexpected scandal broke out was that he would be forced to cancel the first schedule of his new film 'Guddu Rangeela'," said a source.

To the director's relief and good fortune, the film's entire cast and crew pitched themselves in Kapoor's support.

"He is now recovering from the blow," said a friend of the director.

"Luckily for Subhash, his producers Fox Star Studios are not fazed by the unsavoury controversy. When Subhash offered to postpone the first schedule of 'Guddu Rangeela' in Shimla, his producers insisted he go ahead with it," he added.

The director's wife too has been supremely supportive in these trying times.