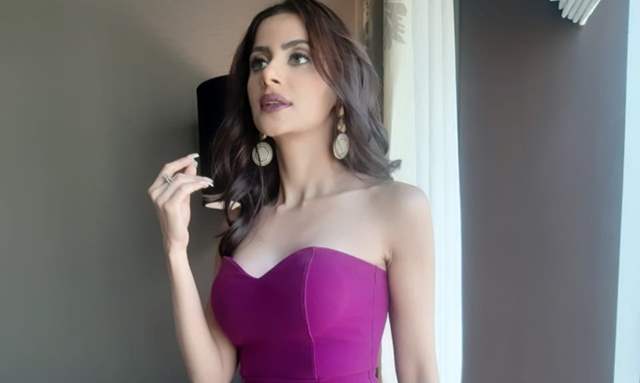 The recently launched trailer of Alt Balaji's Bekaaboo season 2 is making huge noise for its intense drama and storyline and Subha Rajput who plays the title role of a famous author Anaysha is all content. The Ishqbaaz actor is all game for Bekaaboo season 2 as it's pushed her out of her comfort zone to play something she never tried before.

"Anaysha is a very strong character who is successful and powerful. She is not a bechari girl and knows how to play her cards at the right time and right place. Anaysha is equally revengeful if required to be. It's a character which is so strong that It pushed me out of my zone to portray something that I am not in real life and that was the beauty and challenge of the character", she says.

I had never done any such scenes in my life and it was my biggest challenge. I remember being on multiple calls with the makers apart from my friends who motivated me a lot.

"I was very confused in the start because my character has lovemaking scenes with a girl and a guy too. I had never done any such scenes in my life and it was my biggest challenge. I remember being on multiple calls with the makers apart from my friends who motivated me a lot. I wish to credit my director of Bekaaboo, Aarambh Singh, and it's because of him I was able to pull off Anaysha's character. He made me write Anaysha's character sketch which made me feel more connected to the character. It's something that no director would do. He spent a lot of time with me to make me realize that love-making is not bad or taboo to look upon. Once we were done with the entire shoot schedule, I realized that real and reel life is so different and my regards for actors across all ages were a notch higher than ever. Anaysha in Bekaaboo has not just been a character, its been an eye-opener for me and has helped me broaden my horizon of thoughts," she sums up.

Well, fans sure have been looking forward to the second season of the show.