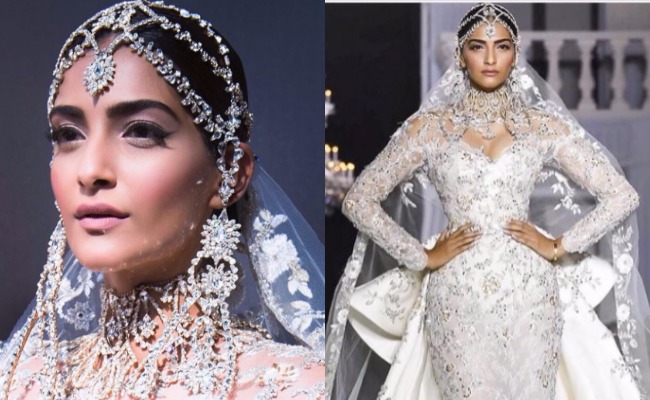 Looks from the Paris Couture Week are abuzz and we're still recovering from all the jaw-dropping ensembles we've seen from the red carpet to the ramp. And, just when we thought we've already seen Sonam Kapoor at her best, she gave us something so awe-inspiring, we couldn't look away!
Bollywood's most stylish celeb, Sonam walked the ramp for designer duo Ralph and Russo. The result was a breath-taking bridal look.
The Neerja actress looked like a work of art in bridal couture as she walked the ramp in Paris. The peplum gown that was decked with diamonds had a magnificent trail and a sheer veil to match its grandiose. It was paired with statement making headgear while her makeup look was understated with attention to the eyebrows.

You absolutely have to see the creation in movement as Sonam plays show-stopper for Ralph and Russo. Breath-taking as the Ivory creation was, we couldn't help but admire her graceful strut on the runway as it was her first stint with an international ramp for the designers.