View Profile
March 26th saw the HT Most Stylish Awards take place, an event held to award those who could be considered as Bollywood's most stylish. It is common knowledge by now that when it comes to style, BollyCurry's Fashion Police never strays too far behind and on the night where the glamourous were honoured, how could we not cast a look at the best dressed celebrities of the event?
Irrfan Khan Irrfan Khan walked away with the Most Stylish Global Icon of the Year (Male) award and rightly so. Dressed in a charcoal grey suit with a black shirt and partially tinted shades, Khan looked suave personfied. The beautiful addition of a blue flower pinned to the jacket was the right pop of colour the outfit needed. Add to it slightly pointy hair, a hint of a stubble, the trademark rings on the right hand and we have a look to die for! Rating: 5/5
Aishwarya Rai Bachchan 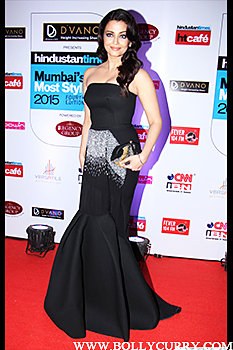 Mrs. Bachchan won the Most Stylish Global Icon of the Year (Female) award and it has been a while but she decided to forgo the ethnic look and donned a Toni Maticevski mermaid-style gown, diamond earrings, and a silver bracelet. She does, however, disappoint us with her choice of a black and gold clutch; one in the range of black or silver would have fared much better. We're not so keen on the dress either. The layered mermaid train is slightly off-putting due to the thick material. Rating: 3.5/5
Deepika Padukone 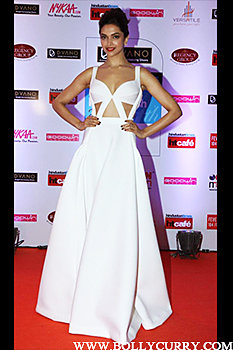 Deepika Padukone was awarded the Woman of Substance Award where she attended the event in a stark white Monisha Jaisingh gown. She completed the look with an updo, red lips, minimal makeup, a pair of earrings, and black nail polish. While the dress has its flaws, it looks absolutely gorgeous on Padukone so we have no complaints whatsoever. We do find her arms quite bare though, a simple bracelet to go with the earrings would be our way to go. Rating: 4/5
Sonam Kapoor 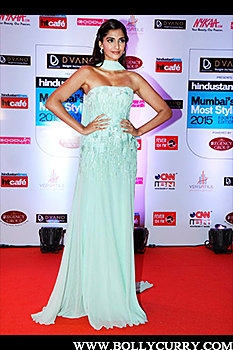 When it comes to the Most Stylish Bollywood Actress of the Year, who better than Sonam Kapoor? Once again, proving what a fashionista she is, Kapoor attended the event in a mint-green Elie Saab Resort 2015 embellished gown with a sash. She chose to keep it simple with a pair of earrings, winged eyeliner, and pink lips. The side pockets on the dress were an interesting addition by the designer, one which we highly approve. Rating: 5/5
Shahid Kapoor 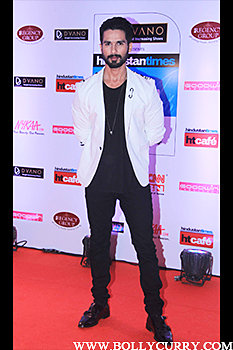 What with the marriage rumours and the success of Haider backing him, there is no stopping Shahid Kapoor from walking away with the Most Stylish Bollywood Actor of the Year. Keeping it simple yet contemporary, Kapoor wore black jeans with a black t-shirt topped with a white blazer and black shoes. However, the dirty stubble and unkempt hair do take away points. We like a clean-shaven Shahid better, though we do approve of the look overall. Plus, the back of the blazer is something to look out for. Rating: 4/5
Sidharth Malhotra 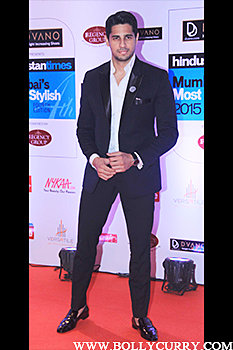 Readers voted and awarded the dashing Sidharth Malhotra with the Reader's Choice Award (Male). Looking chic and formal at the same time, Malhotra wore your classic black suit white shirt combo. A silver flower, a peek of a white pocket square, and black shoes finished the look. We did happen to notice that he didn't wear any socks though and can't help but ponder that a pair of black socks would have been much appreciated, even if to avoid the awkward divide between the pants and shoes. Rating: 4/5
Shraddha Kapoor 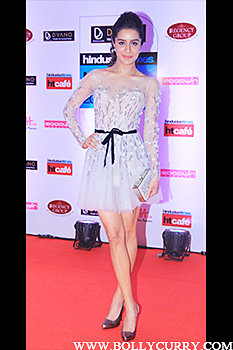 Siddharth's Ek Villain co-star won the Reader's Choice Award (Female) and looked every bit stylish! Shraddha Kapoor attended the event in a Paolo Sebastian frock, which she paired with a Forever New clutch, flower earrings by Gehna, and metallic slingbacks from Escada. A true fashionista in the making, we have no complaints or suggestions. Truly angelic Kapoor, truly angelic! Rating: 5/5
Varun Dhawan 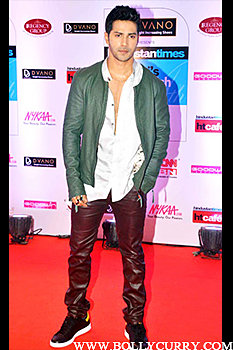 Varun Dhawan won the Breakthrough Star of the Year Award, yet we regret to say that his look was anything but breakthrough. A green jacket with maroon pants? Really? It's time the actor took a few tips from his costars and colleagues. While the pants and jacket may look great separately, together, it appears as if Dhawan threw on whatever he could find in a rush. We do approve of the open white shirt, the rings and the black sneakers, which compliment the casual look well. Once again though, Dhawan needs to find a better hairstylist. We're tired of seeing the same hairstyle again and again. Rating: 2.5/5
The HT Most Stylish Awards 2015 saw many other winners as well such as Ali Zafar, Ayushmann Khurrana and Neil Bhoopalam. The event was attended by one and all of the Bollywood industry, all who held the red carpet in their own glamorous way. Our hearty congratulations to all the winners and style statements of the night and may next year be as stylish as this year!
Writer: Shreya S.
Editors: Ritchelle C. and Jenifer A.
Graphics: Saraa K.
Do you have a suggestion or comment for BollyCurry? Drop us a PM at BC_Dropbox today!