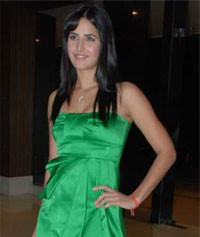 Katrina Kaif and her new ventures and adventures go hand in hand.

Ever since her first movie Boom, Kat has always believed in trying different things. She is constantly experimenting with her roles and that just might be what has made her one of the most sought after actresses in Bollywood.

In a recent interview, Katrina talked about her desires to be able to play a real fighter in one of her roles. She said that she has always wanted to do something unusual in her life, and what better than a stuntwoman!

Well, the opportunity isn't too far away for Kat, who will be playing a rather adventurous role in Zoya Akhtar's next flick! BollyCurry wishes this 'Stunty Kat' all the very best in playing such adventurous roles.