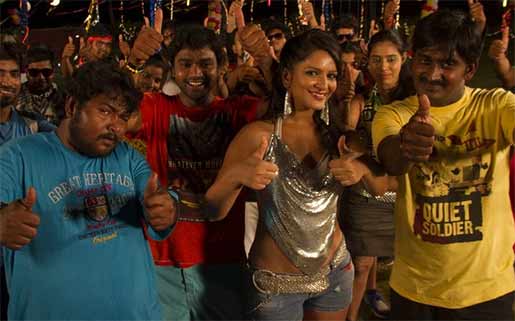 Upcoming Tamil thriller "Mahabalipuram", based on true events, has been acquired by Studio 9 for theatrical release. The film is in its post-production phase.

"Studio 9 has acquired worldwide theatrical release rights of 'Mahabalipuram'. The film is gearing up for release in August," read a statement.

The film, directed by Don Sandy, is inspired by reports in newspapers.

"I have used Mahabalipuram, the most popular tourist spot (in Tamil Nadu), as the backdrop to narrate the story of five youngsters. The events that take place in the lives of five key characters are based on real life incidents from the newspapers," Sandy had told IANS earlier.

"The reason I used the coastal town of Mahabalipuram as a backdrop is to highlight how even a popular tourist spot can become breeding ground for crime. We are so lost in the beauty of the place that we fail to see the darker side. I have tried to capture the other side of the famous tourist spot," he added.