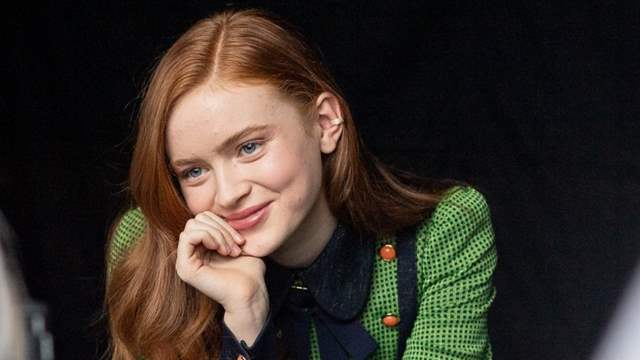 Sadie Sink aka Max from Netflix's Stranger Things has now bagged her first leading role. Yes! From the horror drama universe, Sink is all set to play the lead in the coming-of-age drama, Dear Zoe.

Along with Sink, Theo Rossi and newcomer Kweku Collins will also be playing important roles in the drama from Gren Wells and Zin Haze Productions. The indie pic, based on the novel of the same name by Philip Beard, will also feature Jessica Capshaw, Justin Bartha and Vivien Blair.

Dear Zoe follows a teenager, Tess (Sink), who enlists her biological father (Rossi) and her love interest (Collins) to help her come to grips with the death of her little sister in a tragic accident.

The adapted screenplay for Dear Zoe was written by Marc Lhormer and Melissa Martin. The film's producers include Brenda and Marc Lhormer, Peter Phok, Christopher H. Warner, Brent Emery and Lizzie Friedman. Susan Cartsonis and Suzanne Farwell are executive producing. Production is set to take place in and around Pittsburgh.

"Marc and I are thrilled to bring this powerful, healing and entertaining story to the screen with such a gifted cast and director,” Brenda Lhormer said Thursday in a statement.

Are you excited to see Sink in a leading role? Leave in your comments below.