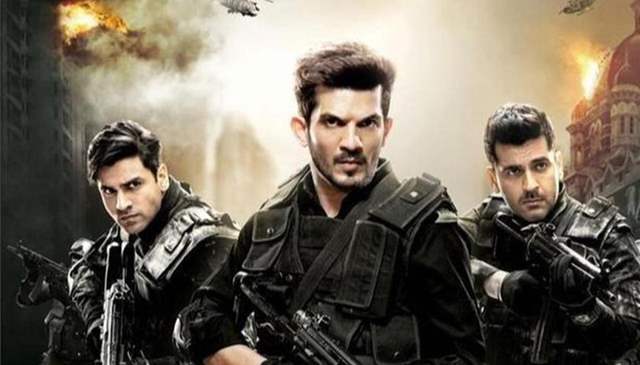 From the start itself, the series succeeds to capture the attention of the viewers. One thing which makes the series more engrossing is that it showcases the incident from the point of view of the NSG (National Security Guard) Commandos.

At the start of the series, they also showcased the various predicaments and challenges that the NSG commandos face regarding the funding. Arjun Bijlani as Major Nikhil Manikrishnan along with Vivek  Dahiya as Captain Rohit Bagga is seen conducting a robust and rigorous training process for their team wherein Arjan Bajwa as Col. Kunal Sahota is seen demanding more funds for an upgrade in their process.

The series manages to tell the untold and unknown story of the attack in a powerful way. The majority of the scenes are shot at real-life locations which makes it even more realistic to watch.

The brutal killings and the loss of innocent lives will make your heart numb but the bravery and courage of the NSG Commandos will imbibe a sense of pride and respect.

Arjan Bajwa as Col. Kunal Sahota, Vivek Dahiya as Captain Rohit Bagga, Arjun Bijlani as Major Nikhil Manikrishnan and Mukul Dev as Zaki Ur Rehman Lakhvi have done their job with utmost perfection. Their compelling performance in the series clearly depicts the amount of research and training undergone to make it every bit of realistic.

The cast was assisted by Lt. Colonel Sandeep Sen, second in command at the NSG during the attacks. He guided them of the various real incidents that took place at the attack and helped them with the right body language, usage of weapons and character traits.

Vishal5082242 8 months ago Recently I watched the series on the ZEE5 OTT player, its story revolve at the time of Mumbai was under siege it was the NSG commandos that came to its rescue. Witness the untold stories of the brave heroes and the lesser-known facts of the horrid Mumbai attack that shook the whole world.