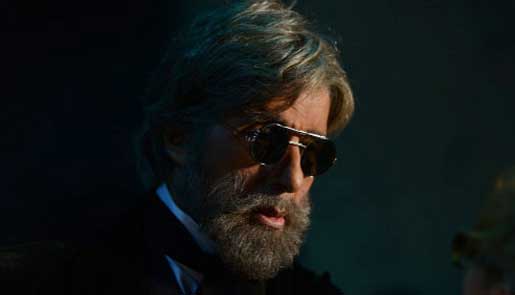 Picture this-- a candid chat with a celebrity on a flight. Sounds unrealistic. Not anymore as a start-up venture Fly with VIP is offering a seat next to a star on a flight through online auction, starting with megastar Amitabh Bachchan.

After Big B, the unique initiative will be followed by the team of forthcoming movie "Shamitabh" - Dhanush, Akshara Haasan and R. Balki when they will fly on a private jet.

The chance to fly with Amitabh is likely to occur in the first week of February. The bidding will take place at FlywithVIP.com.

The treat by the company doesn't end with "Shamitabh". They have signed up celebrities across 14 different genres including film directors and producers, sportsmen, fashion designers, spiritual leaders, TV stars among others.

The users can take their pick from stars like Ranbir Kapoor, Aditya Roy Kapur, Virat Kohli, Farah Khan. One can also take styling tips by sitting next to ace fashion designer Manish Malhotra.

The company founded by Mumbai-based entrepreneur Gautam Chhabria and co-founded by Bangalore-based social entrepreneur Anil Shetty in 2011, has patented the concept in India, US, Russia, Indonesia, Malaysia and other places.

"There is a rigorous screening process adopted to ensure unwanted bidders like bookies who may want to fly with the Indian cricketers are kept out," said Chhabria in a statement.

There are two methods of participating- an auction model which shall see the highest bidder get the seat and a raffle model where multiple participants pay as little as Rs.100 and get selected by a lucky draw.

There is also an advance booking section where interested participants will give non-binding offers without knowing the celebrity's flight date or sector. And then, when a celebrity makes a last minute travel plan, there would be a short duration - one hour auction open only to the advance bookers.

About 85 percent of the collections will go to a charity close to the celebrity's heart.