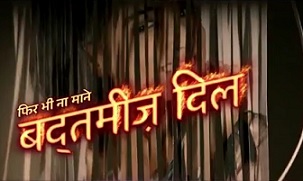 Music is said to play cupid when it comes to love, especially in India and whether it's on the small screen or the silver screen, we have enjoyed seeing the magic of what music can create in connecting two hearts.

Producer Saurabh Tewari who is known for his popular shows on television like Madhubala - Ek Ishq Ek Junoon, Rangrasiya and many more is now all set to bring forth a musical love saga titled as Phir Bhi Na Maane Badtameez Dil on Star Plus.

Actors like Suyyash Rai, Vindhya Tiwary and actors Pearl V Puri and Asmita Sood have been roped in for this show as leads. The story will revolve around the life of four friends and their love story that will be based around the time frame of twelve years. It's going to be about their lives at present and how it was in the past. Music is going to play an important part in their lives in establishing love.

The show is going to have some original tracks and India's Raw Star contestant Darshan Raval has given his voice for Pearl V Puri on the show. Furthermore the viewers will also get to enjoy the soothing voice of Suyyash Rai along with watching his acting skills on the show.

Will this musical love saga successfully touch the chords of the audience? Only time will tell!

5 years ago While I wish all the best and good luck to ST and his team, I also hope they don't deceive and break viewers hearts like they did during RR

+ 5
5 years ago All the best ST loved what you did with madhubala serial when you were head of creativity, will check out this new show too.

5 years ago All the best to ST and his team. Hope this is a success for him.

5 years ago Promo looks promising !!! Expecting something really too good from the producer.. Waiting for the show !!!

+ 2
5 years ago Excited for the show promo looks promising

+ 2
8 years ago Omg! Its sad to see the length the director would take in his attempt to be funny. That is just simply sad...