Mumbai, Wednesday, May 16th, 2007: In its 5th year, television industry’s most awaited awards nite, Colgate STAR Parivaar Awards 2007 brings together the entire television industry on one platform - STAR PLUS, this time around to celebrate & felicitate some remarkable contribution by STAR Parivaar’s own family members over the past 5 years!!. A prestigious & stand-alone awards night of its kind, the show will be aired in two parts, with its half hour special on the grand Red Carpet welcome of its celebrated TV artists on May 19th, Saturday at 7.30 pm and the scintillating performance packed-Main Event on Sunday, May 20th, from 8.00 pm onwards, only on STAR PLUS!

Truly, an affair to remember the award evening, as always, will bring together some of the never before seen acts & performances, put up by some of televisions most popular, leading names and your heart throbs! With some interesting & mind-blowing performances the event will be hosted by the sultry scorcher-Sangeeta Ghosh together with her popular on-screen interests & Varun Badola. 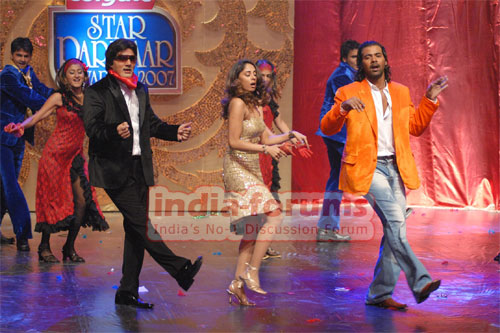 Featured Video
Opening the evening with the recital of ‘Ganesha’s Aarti’ from the movie Vastav, the evening as it will unfold to be a bundle of power performances! Kick-starting the event will be the duos -Rucha Gujrati-Bhanujeet (from Bhaabi) & Gaurav-Megha (from Kumkum), who will perform mischievous acts on some teasing numbers - Fatela Jeb…; Excuse Me…; Dil Main Baji Guitar…..; Gustak Dil… and Tenu Leke…

Adding to the STAR’s Parivaar this year, the three new members -Ashima Bhalla, Karan Grover and Soumya Tandon (from Meri Awaz Ko Mil Gayi Roshni) will perform on the title track of the show. While Narayani Shastri & Ali Asgar with fellow artist Manav Gohil will set the stage ablaze with their performances on foot-tapping tracks of - Hey Babu…. & Signal Pyar Ka… from the entertainer of the year ‘Bhagam Bhaag’.

Dancing her way up to peppy track will be the perfectionist Prerna (aka Shweta Tewari), as she will jive on Saiyan Re….from Salaam-e-ishq. The other glittering stars adding spark to the dazzle will be Neena Gupta, Ketki Dave, Akashdeep Sehgal and Jay Bhanushali, who will be jigging along on the parody of hit remixes - Chhod Do Anchal, Sajna Vari Vari and Samne Yeh Kaun Aya...
The constellations of glitterati will be seen all charged as Yash Tonk & Pallavi Subhash (from Karam Apna Apna) throw-in some high-voltage performances on Chali Chali, Shava Shava and Gori Gori , while Mouni Roy (KT from Kyunki....) unleashes her dancing talent with the track Barso Re Megha (Guru). 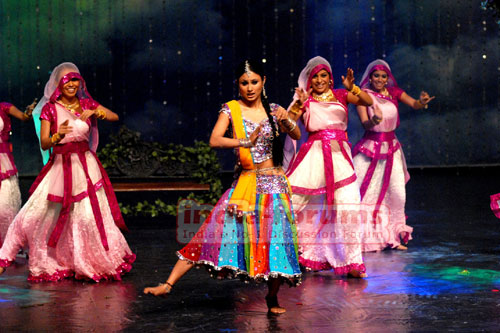 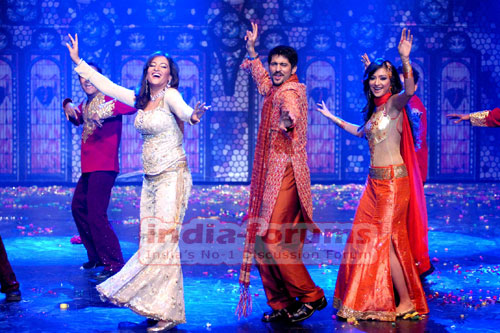 Viewers will also get to relive & enjoy the soulful music from some of Bollywood’s blockbusters as the three celebrity hosts - Sangeeta, Shabbir and Varun perform to the parody of songs from Laawaris, Lagaan, Omkara, Pyar Ki Side Effects and finally rolling it all into the title track of STAR Parivaar Awards… 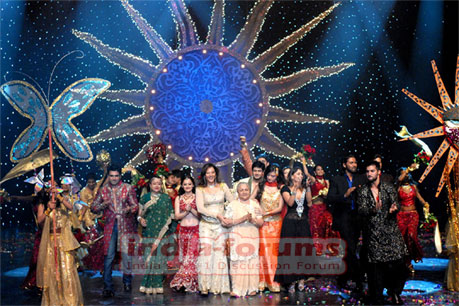 So stay tuned to watch the zing, glamour paired with some never seen before performances & entertainment, as it all comes to beat the heat for you this weekend on -
COLGATE STAR PARIVAAR AWARDS 2007- Red Carpet - May 19th, Saturday, 7.30 pm, and The Main Event - May 20th, Sunday, 8.00 pm onwards, Only on STAR PLUS!

15 years ago O M G i cant just wait for dese awards!!!m sure dey r gonna be ssooo much funn!!!

15 years ago Wow!Varun looks so funny in the first pic dressed up as Big B.looking forward to watching some rocking performances.

15 years ago thanx alot!!!! can we watch it on india forums

+ 2
15 years ago can't wait to see hiten and gauri performing.