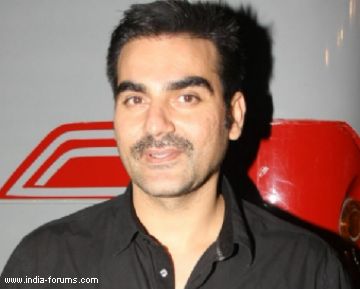 Actor-filmmaker Arbaaz Khan admits that star kids have an edge over outsiders as they are aware of the way the industry functions.

"Many people come from outside in the film industry. Of course, star kids have the edge and advantage of being associated with the star families. They grow up in the film family so they know how things work and what they have to do," Arbaaz said at the premiere of the movie "Challo Driver" here.

But Arbaaz feels that the industry is opening up to fresh talent and appreciates the trend.

"A lot of people want to be actors, directors, technicians and this industry welcomes them with opens arms," he added.

Meanwhile, Arbaaz is looking forward to the release of his brother Salman's "Ek Tha Tiger", which is set to hit screens this Independence Day.

"'Ek Tha Tiger' is looking interesting, even the promos are interesting. An image is created to see the film when you watch the promo and it has been the longest gap for bhai (Salman Khan)," he said.

"I think till now there has been no such long gap of almost a year. His last film released on Eid and this one is also releasing on Eid. There was no film in between so everybody is excited," he added.