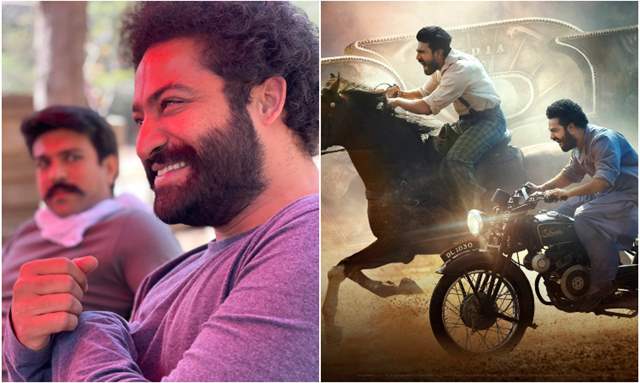 The Pan-India film RRR has audiences raving about it ever since it was first announced. The film will be releasing in 10 languages and has recorded incoming offers worth over 348 cr for theatrical rights of only 5 languages, ever since its release date announcement. The excitement has surpassed all levels when the release date for the film was announced.

All set to release in October, RRR also has received offers amounting to over Rs. 348 Cr. for theatrical rights for Tamil, Telugu, Kannada and Malayalam in totality. 75 crores in Nizam, 165 in Andhra Pradesh, 48 in Tamil Nadu, 15 crores in Malayalam and 45 crores in Karnataka amounts to a total of 348 Crores. This is just a few languages! The team is also getting huge offers from Bollywood because the audiences here are also a part of the massive wave of excitement.

The film is a period drama like never before, a fictional take on the younger days of celebrated freedom fighters Komaram Bheem and Alluri Seetharamaraju. The much-awaited Pan-India film will have a worldwide release on October 13, 2021, on the festive occasion of Dussehra.