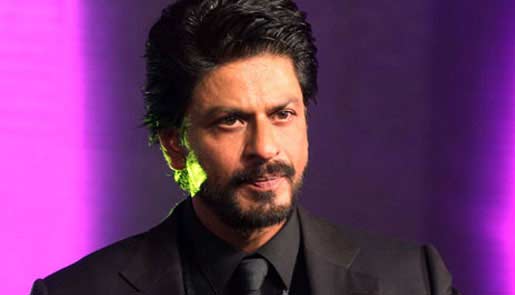 All keyed up for being present at the opening of the 20th Kolkata International film festival, Bollywood superstar Shah Rukh Khan Monday urged Australian filmmaker Paul Cox and other international dignitaries to relish the experiences that Kolkata has to offer, including the variety of sweets.

Addressing a star-studded audience at the Netaji Indoor Stadium here, SRK spoke in a decent smattering of Bengali, in keeping with his promise last year.

"I had promised last year that I would speak in Bengali this time... ami Bangla e kotha bole khub anondito (I am very happy to speak in Bengali). Jodi kono bhool hoye thaake amake khome korben (forgive me if I make any mistakes)," he said to thunderous applause and series of spirited whistling at the inauguration.

SRK, the brand ambassador of Bengal and one of West Bengal Chief Minister Mamata Banerjee's key go-to-guy for inaugurating mega-scale events, regaled the audiences in his usual suave and sleek style.

This was his fourth opening ceremony of the KIFF which was graced by Australian filmmaker Cox and a host of foreign delegates.

Acknowledging Kolkata's joie-de-vivre as the "greatest celebration of life", he egged on Cox and others to try out the sweets like rosogolla, and chomchom before they leave the city.

"I request Paul Cox and the others... don't leave Kolkata without trying the rosogolla, chomchom etc.," he said, leaving the spectators delirious.

He reiterated the same in Bengali as a seemingly awestruck Cox looked on.

Shah Rukh also stressed the importance of cinema in bringing people together in a fast-changing world.

"Social networking, for example, allows you to interact with others without really interacting with others. This is why cinema matters, because it brings people together in a single experience of life to which they relate collectively," he said.

And dedicating the KIFF to the "honest efforts of all involved", the actor said " there ought to be a feeling of celebration and happiness, a sharing of India, of life and its experiences" at the film fest.