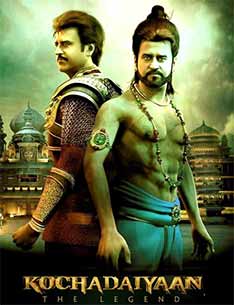 Superstar Shah Rukh Khan was in the midst of the music launch of "Kochadaiyaan" in Chennai when he heard of Bobby Chawla's demise. He was shaken, yet he stayed put at the event and later rushed to be at his friend's funeral in Mumbai.

Shah Rukh was in Chennai Sunday as the music and trailer launch of the new Rajinikanth-starrer "Kochadaiyaan" was to be launched in the presence of the megastar himself. SRK flew into Chennai by a chartered flight as special guest, and he was accompanied by Rajinikanth's co-star Deepika Padukone.

Bobby, who was Juhi Chawla's only sibling, had been in coma since 2010. He was not just Shah Rukh's associate, but also his close friend.

On hearing of his death, Shah Rukh was deeply shaken.

"He wanted to fly back immediately. But out of respect for Rajini sir, he stayed back till the end of the event and then rushed back in time for Sanjeev's (Bobby) funeral at 4 p.m. on Sunday," said a source from Chennai.