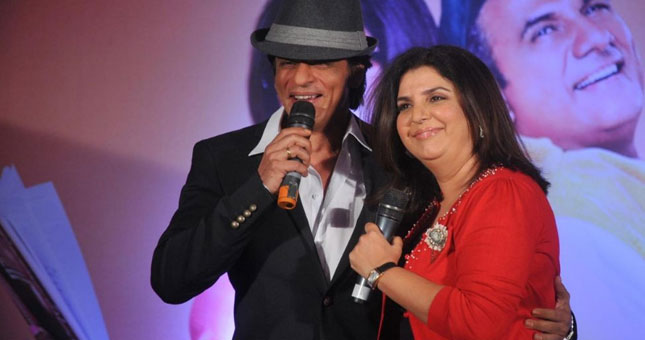 Shah Rukh Khan knows how to make his friends feel special. He has gifted a brand new car to his "Happy New Year" director and close buddy Farah Khan, who is "touched" with the gesture.

"Look what I got!!! Thaaank you @iamsrk. Touched n beyond, (sic)," Farah posted on her Twitter page with a photograph, featuring the car, herself and King Khan.

It's a sleek luxury black beauty, and Farah seems to be super happy about receiving it.

Farah and SRK have been close friends for long. In the past, Shah Rukh had gifted her a Khan a Hyundai Terracan after the success of the 2004 film "Main Hoon Na", and then a Mercedes S350 around the release of "Om Shanti Om" in 2007.

Neil Bhatt talks about prepping up for Ghum Hai Kisikey ...
-2 seconds ago

Pooja Bhatt: "Alcohol was my drug of choice", Opens Up about ...
29 minutes ago