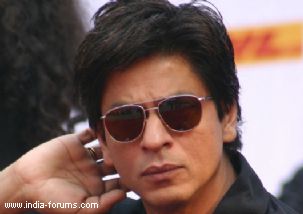 Superstar Shah Rukh Khan says that while putting his children to sleep, he goes into slumber instead.

"I invariably fall asleep while trying to put my kids to bed. There has to be a connection between their hugs and restfulness," Shah Rukh tweeted Sunday night.

SRK's son Aryan recently turned 16. He also has a daughter named Suhana. He has another son by surrogacy, named AbRam.