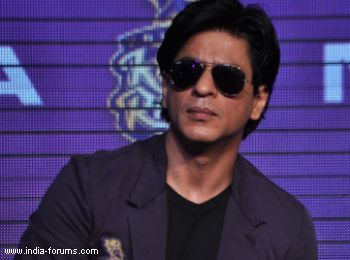 "I belong to the industry and projects like this build its future; so I'm very happy to be the ambassador for the film city," King Khan said in a statement.

The Prayag Film City is coming at Chandrakona in Midnapore district. Its first phase will be opened April 15.

To be completed in two phases, the project is envisaged as an integrated film city complex and one-stop entertainment destination across 2,700 acres.

It has been designed by eminent Bollywood art director Nitish Roy.

"This mega project comes up just at this juncture when the entire film industry looks up to better facilities, comfort and convenience in order to create and showcase more quality products worldwide," said Avik Bagchi, group managing director, in a statement.