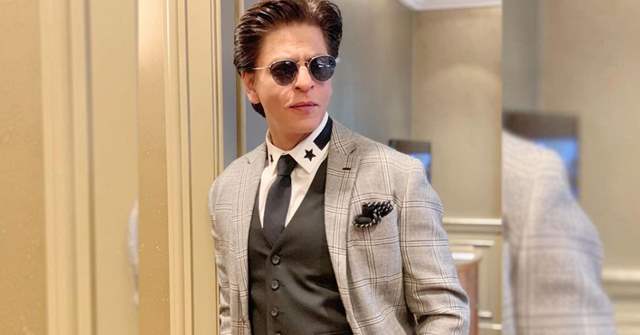 Fans are ecstatic that SRK is returning to the big screen with some of the most intriguing projects. For his upcoming project with Nayanthara, Shah Rukh Khan has teamed up with South filmmaker Atlee. As per reports, the film's title is now out and will be called  'Jawan.'

Reportedly, the producers will make an official announcement about it soon. According to the report, a short teaser would be issued to announce the film's title. It also states that SRK will play a double part in the film, while Nayanthara would play the role of an investigative officer. Sanya Malhotra also portrays a significant part in the movie.

Meanwhile, Khan is said to have urged Atlee to make a few adjustments to the film's screenplay. The same was done in a courteous manner and Atlee was pleased to receive script help from SRK.

Apart from this, SRK also have 2 other big projects in the pipeline. He will join hands with filmmaker Rajkumar Hirani for the first time in Dunki. Shah Rukh will share screen space with Taapsee Pannu in the film. While making an announcement, Rajkumar Hirani tweeted along with a video, "@iamsrk, Aakhir humne ek saath movie banane ka decision le hi liya. Extremely thrilled to announce #Dunki, coming to you next Christmas! Release in cinemas on 22.12.23,”

And then, we obviously have the mega film Pathaan. The film also features John Abraham and Deepika Padukone in the lead and will be releasing early next year.

+ 10
2 months ago Double role wow reminds me of his movie Duplicate. Goodluck to SRK.