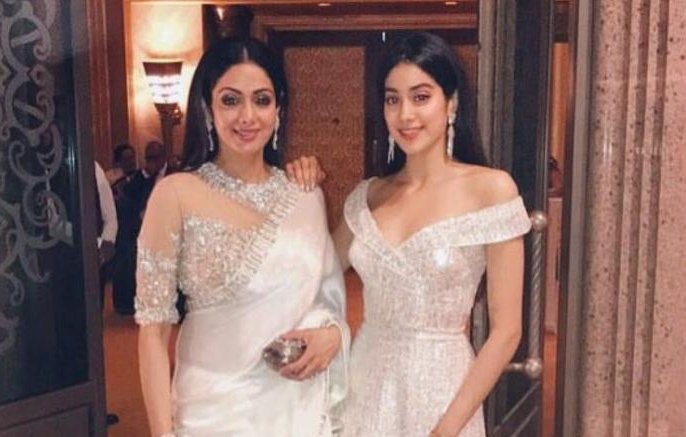 Sridevi and Boney Kapoor's daughter Jahnavi Kapoor is one of those star kids who has a huge fan following even before her Bollywood debut. Jhanvi has already become a social media star as her every move is being captured by the paparazzi!

At a recent media interaction, Sridevi opened up about her daughter Jhanvi Kapoor's entry in filmdom and how the yet to be actress, tackles the media! She was quoted saying, "The other day she was very upset with reports that she was chasing a hero in a party, but that was not true. She was with director Gauri Shinde who was also there at the same party." (sic)

She adds,"Since it's happening at the beginning of her career, she isn't liking it. She was quite upset and I was like, 'Welcome to this world'." (sic)

She then said that her daughter wanted to be an actor, she chose this and now she can't ask people not to talk about her. She said, "There is nothing wrong in going out with friends. A person wants to write something wrong, he will write it even if you are just going out with friends. I can't stop that as she is a public (figure now). I have no control over anything." (sic)

Sridevi doesn't care about the reports that talk ill about her daughter Jhanvi. "I know what she is doing and where she is going. I am a very friendly mom and my children share everything with me. I don't have anything much to say about all this," she said. (sic)

She further added, "Wherever she goes she gets clicked, so what do I say about that. Even when you go to a restaurant or gym or anywhere, they (media) are everywhere and I can't blame them also as they are doing their job." (sic)

She concluded, "But at the same time it is quite tough (to deal with all this), but she has chosen this profession so she has to cope up with this." (sic)

Mohabbateinn 3 years ago she hasnt even entered bollywood yet and im already disliking her... so much unnecessary drama!!!!!! Look at Alia bhatt..she made such a graceful entry in bollywood.. no drama. but Kapoor family is crazy... OTT!