View Profile
Click, click, flash! B-Town is always abuzz with events, launches and promotions and our fav Bollywood celebs are forever present to add sparkle to such occasions. The last week has kept your trusted Fashion Police busy so let's take a look at some of our dear celebs who were spotted at various destinations around town and what rating they procured with their attires. 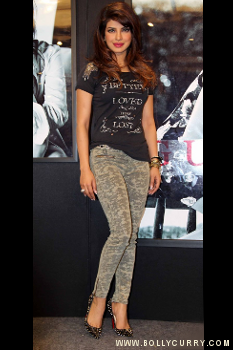 The new international face for the clothing brand GUESS, Priyanka Chopra attended the launch of the brand's latest holiday collection in Mumbai. She went semi-casual by choosing a tee from the vast collection of her endorsed brand and paired it with skinny camo pants. There's something not quite right about this combination. Maybe it's the hairdo and makeup that didn't quite compliment the otherwise casual look. But you gotta compliment her shoe choice; those Louboutins are gorgeous! BollyCurry Rating: 3/5 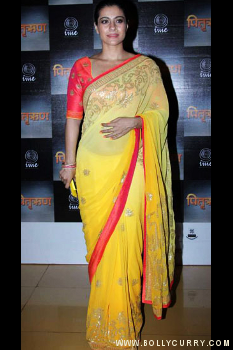 Kajol was seen at the premiere of her mother Tanuja's new Marathi flick, Pitruroon. She opted to wear a yellow Laila Motwane sari and  we think she carried it off beautifully. The vibrant combination of yellow and pink looked good on Kajol's dusky skin - a feat which can't be accomplished by many. In accessories, she kept it simple with bangles on her right arm and a traditional nath on her nose. All in all, it was a very well chosen attire and the simplicity did wonders.  BollyCurry Rating: 4/5 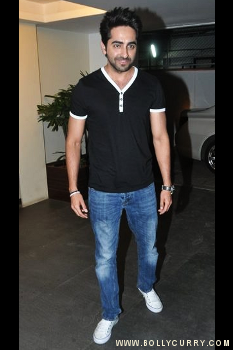 Keeping in mind the casualness of the event, Ayushmann Khurrana was spotted wearing a simple black tee, blue jeans and white sneakers at the recent screening of the newly released movie, R...Rajkumar. While there is nothing wrong with the clothes per se, it's the hair and that somewhat scruffy look that doesn't quite please. Maybe he's been working hard off late or was just too lazy to brush his hair in a more presentable way? We don't know. What we do know is that even attendance of casual events needs a little more spark.  BollyCurry Rating: 2.5/5 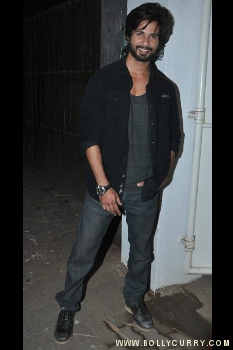 The Rajkumar himself opted to go all dark at the screening of his movie. He wore a grey vest and open button black shirt on top, mixed with a pair of grey jeans and black boots. The shirt too big and the jeans too long, making him looks stumpy, we know Shahid can do much better. The watch earned him a brownie point though. Someone also needs to introduce him to a razor and a scissor, that beard and uncut hair need to go. BollyCurry Rating: 1/5 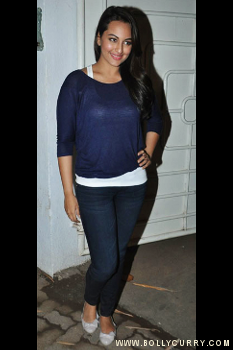 The leading lady of film R...Rajkumar, Sonakshi Sinha, attended the screening wearing a blue sheer top over a white vest, paired casually with blue denims. The look stayed true to her bubbly and bright personality but there's no point in hiding that her choice of attire didn't compliment her broad figure. Those white flat pumps are cute though and saves her some grace. BollyCurry Rating: 2/5 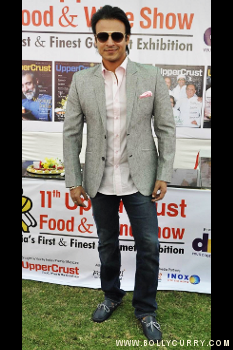 Riding high on his second success of the year, Vivek attended at the inauguration of the Upper Crust Show. While there's much that went wrong with his look, let's prioritize by addressing the most important - those shades. They're just too small for his hair-sleeked-back face. We would've preferred if he tucked his pink shirt in as well, maybe then they grey blazer wouldn't look so big. And those blue loafers. Seriously? BollyCurry Rating: 2/5

And that's it for this week! Comment and let us know which was your favorite appearance from this lot.