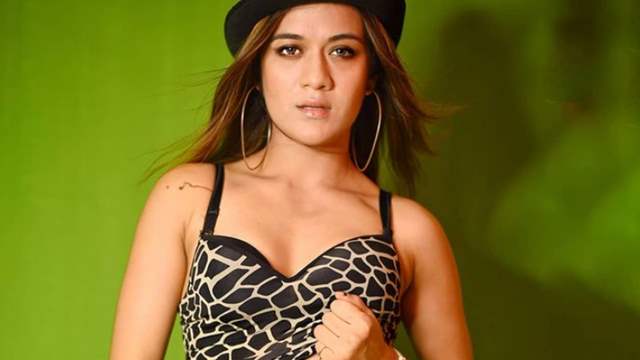 Model turned actress Aradhana Sharma rose to fame as a contestant in the dating reality show ‘Splitsvilla’  Season 12 on MTV. Recently, she bagged SAB TV show Hero Gayab Mode On and has also been a part of the show Aladdin: Naam Toh Suna Hoga.

Aradhana will be seen in a short film titled Fantasiser, streaming on MX Player. She exclusively tells us about her character, doing bold scenes on screen, family’s support and more.

Tell something about the short film and your character?

Fantasiser is a thriller short film.I am playing the role of both a doctor and prostitute. It's basically based on the story of a psychopath who has delusions about the world and lives in is own imagination. I am treating him and in his world, he imagines me to be a prostitute.

How much do you relate to the character?

I am playing two roles at the same time which is one of a doctor and the other of a prostitute. So transitioning from one to another was very difficult for me as it was a small duration shoot.

The role of prostitute was difficult, I had to be bold, subtle and at the same time not to go over the top. I never smoked in life but I have smoked for this film.

How was the experience of shooting your first short film?

I was so nervous in the start but with the support of the cast and the whole team I did it. But I am excited about it now and the feedback too?

Your thoughts about doing bold scenes on screen?

It was the first time that I have done bold scenes on screen. I was a little skeptical at the start about it but then it was the demand of the script. But, if some bold scenes are unnecessary injected in script, only to keep the audience glued, then I am not open to doing it.

What was your family's reaction to it?

I am very grateful to my family that they have always supported me. My mother was the one who calmed me down when I was afraid of going bold on screen . My mother told me that I am an artist and it's a part and parcel of the business.

Aneri Vajani says 'Have apprehensions about shooting for bold scenes'

Shilpa Shinde on bold content: If there is a bold scene subject wise, ...