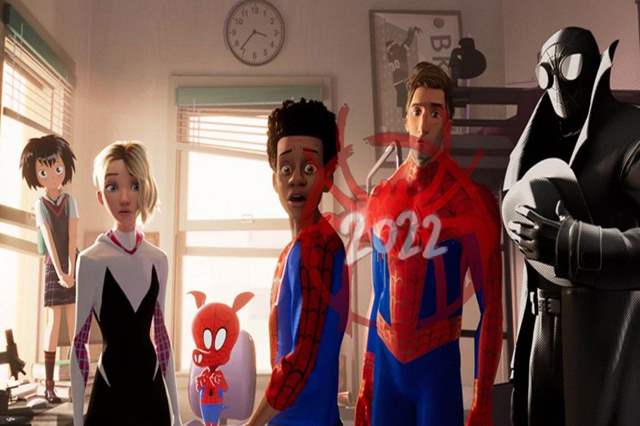 We can never get enough of Spider-Man, can we? The more the Spider-Man, the more we love it to see. Apart from the couple of Tom Holland movies we have already seen and know that have planned ahead, the animated feature Spiderman - Into The Spider Verse also received a lot of accolades.

And now, the film is also all set to get a sequel which will be releasing on April 8, 2022. According to The Hollywood Reporter, In addition to the Spider-Verse sequel date, Sony has moved back Vivo, an animated musical featuring songs from Lin-Manuel Miranda. It will now open April 16, 2021, back from its previous date of Nov. 6, 2020.

The original Spider-Verse won the Oscar for best animated feature, and was praised for its innovative animation style and inclusive storytelling. The film voice starred Shameik Moore as Miles Morales, a teenager who takes up the mantel of Spider-Man after the death of Peter Parker. He ends up teaming up with a group of Spider-powered heroes (including a middle-aged Peter Parker from another dimension) in order to stop the Kingpin (Liev Schreiber). The voice cast also included Jake Johnson, Hailee Steinfeld, Mahershala Ali and Brian Tyree Henry and was produced by Phil Lord and Chris Miller, who return for the sequel.

On the animation front, the studio is also keen on expanding. In December, The Hollywood Reporter reported that in addition to the Spider-Verse sequel, Sony is developing a female-centric spinoff.

'Spiderman: Into The Spider-Verse' Sequel Gets Production Underway ...

Interesting Fact about Prabhas Comes to Light! He is the ...
54 minutes ago

Divyanka Tripathi calls out Indians for throwing pooja ...
an hour ago

Vikas Sethi all set to launch a production house with wife; ...
2 hours ago