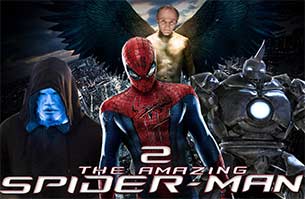 Hollywood superhero movie "The Amazing Spider-Man 2" has raked in Rs. 41.7 crore in four days since its release.

Directed by Marc Webb, the movie hit the screens May 1 in India.

According to Sony Pictures India, the film has registered the highest ever opening day gross for any Hollywood title in the country, the banner said in a statement.

The film was released in Hindi, Tamil and Telugu in a total number of 1,523 screens.

"'The Amazing Spider-Man 2' once again consolidates Spider-Man's position as a franchise that cannot be beaten. We are happy to say that the film garnered unprecedented buzz in the weeks before release," said Kercy Daruwala, managing director, Sony Pictures India.

Sequels to "The Amazing Spider-Man 2" have already been announced for release in 2016 and 2018.