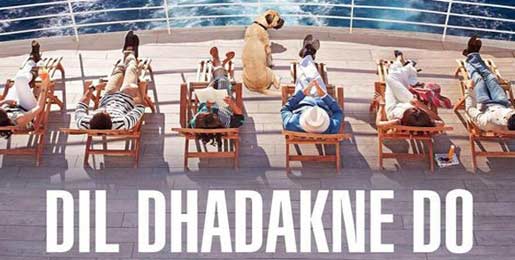 A special screening of "Dil Dhadakne Do" for friends and family members of the movie's cast and crew is being planned to be held in Mumbai on June 3.

It will be hosted by Excel Entertainment.

An extensive list of family and friends has been prepared for the screening of the multi-starrer entertainer which is releasing on June 5.

The film's spokesperson said "The 'Dil Dhadakne Do' team has been receiving a lot of requests from friends and family who are keen to watch the film. The makers are now putting together a plan for a premiere. It is an extensive list and they do not want to miss out on anyone."

The plot of the multi-starrer is about a dysfunctional Punjabi family on a cruise across the Mediterranean. Directed by Zoya Akhtar, the film stars Anil Kapoor, Shefali Shah, Farhan Akhtar, Ranveer Singh, Priyanka Chopra and Anushka Sharma.