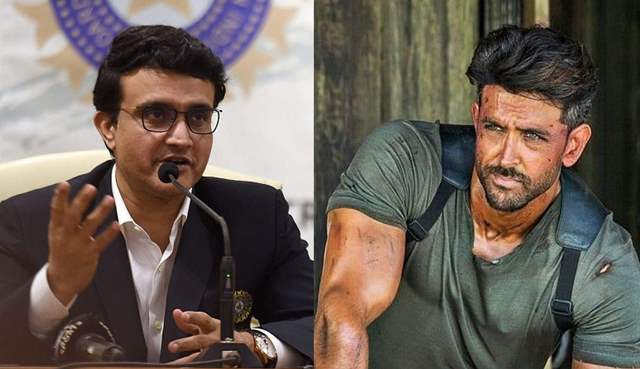 Former Indian cricketer Sourav Ganguly has picked on this Bollywood actor to play his part if ever a biopic is made on him. Sourav spilled the beans when he was in conversation with actress Neha Dhupia for her chat show, No Filter Neha.

But there is a twist! Sourav feels Hrithik will have to work on his body in order to look like him on screen, if a biopic is made on him

When Neha had quizzed the Indian cricketer asking who would be able play him on screen, Sourav couldn’t come with anyone's name, followed by Neha suggesting Hrithik’s name for it. Neha shared a snippet of this episode on her Instagram account with the caption, “One of Indian cricket’s most legendary captains, find out all that Dada has to say on the latest episode of #NoFilterNeha season 5, At Home Edition!”