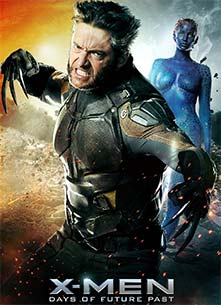 The soundtrack of "X-Men: Days of Future Past" composed by BAFTA Award winner John Ottman is set to come out.

Director Bryan Singer's "X-Men: Days of Future Past" soundtrack will be made available digitally by Sony Music May 19, said a statememt.

Ottoman has written music for iconic films like "Superman Returns", "Fantastic Four" and its sequel, and "Valkyrie".

"It's great to be back home with my favourite characters after being away from them since X2. With the story being focused on a young and broken Charles Xavier, I was given a musical opportunity to underscore his journey of rekindling the hope he'd lost. Charles Xavier finally gets his own theme," said Ottoman.

"X-Men: Days of Future Past" is the seventh in the series and the third directed by Singer.