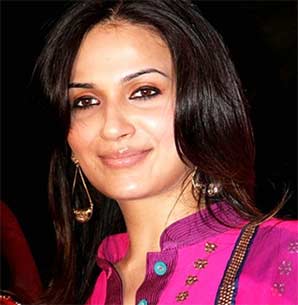 Superstar Rajinikanth's daughter Soundarya, whose directorial debut "Kochadaiyaan" is set to release, was honoured with the NDTV Indian of the Year Technical Innovation in a Film award here Tuesday. And her mother Latha is relishing the moment.

"It's a proud moment for us. Her father got it a few years back for being an entertainer and now she is getting. The next generation is getting. It's a wonderful feeling," Latha told IANS.

Rajinikanth was selected as NDTV Indian Entertainer of the Year for 2007.

"I've seen her creative energy since her childhood and I think it's graduated to being an animator today and I think it's pioneering effort what she has done," said Latha, who has also sung a song for her daughter's film slated for a May 9 release.