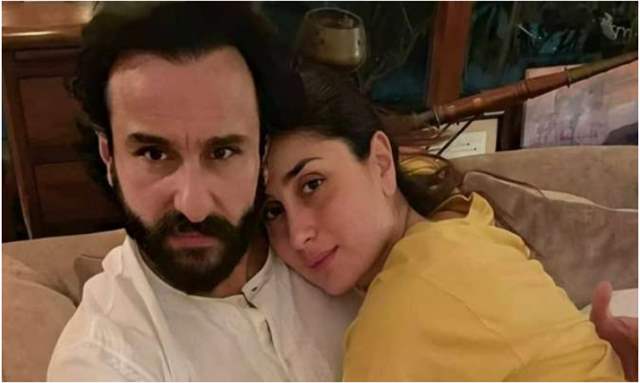 The arrival of Kareena Kapoor Khan and Saif Ali Khan’s second baby has overwhelmed the fans and their family members. The mother-son duo were spotted leaving Mumbai’s Breach Candy hospital on Tuesday (February 23, 2021) after being discharged.

Perhaps the welcoming of Kareena’s new baby has spread happiness in the entire tinsel town and congratulatory messages for the lovely couple poured in on social media. While the first picture of Saif-Kareena’s second baby went viral, fans have been wondering when will Kareena share the image of her younger son.

If we are to go by the reports, many claimed that Saif Ali Khan and his wife Kareena would introduce their new baby boy to the media through a virtual platform.

However, now a recent SpotboyE report has quoted a very close friend of Kareena who denied all the reports and spoke about Kareena-Saif’s plan to introduce their youngest son.

“This is just desktop conjecture. Media hounds know that anything on Taimur’s brother will sell.  So they make up harmless stories about Saif and Kareena and their baby, when in fact they’ve decided to keep son no. 2 completely out of the public eye,” says the friend.

“You won’t see Taimur’s sibling in public. In fact, when he’s a little older he won’t be exposed to the public glare the way Taimur was. I think Kareena and Saif have learnt their lesson. The more you give into media hunger for your children’s pictures the more they haunt you. So yeah, baby no. 2 won’t be seen playing/painting/whatever,” said the friend.

Recently, the couple hosted the newborn baby’s ceremony and pictures of Kunal Kemmu and other celebrities went viral. The paparazzi also clicked balloons and gifts arriving at Kareena’s residence from her close friends and colleagues.

+ 3
1 months ago Too much of hype for these people 😅 The minute they are out of media glare or public attention, they'll be asking for it 😆

+ 6
1 months ago India forum should be the first one to STOP giving tehm so much of news space.. why are you guys so obsessed?

1 months ago Great... people should respect their wishes