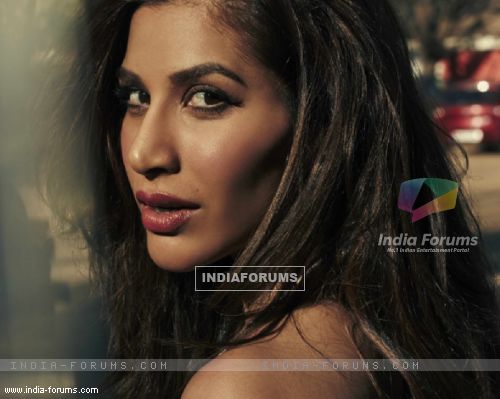 Actress, singer and former VJ Sophie Choudry were stranded at the airport in Phuket along with her mother and nine members of her team. Just as the plane was about to take off the pilot realised the plane had hydraulic failure & pilot aborted take-off. "Thank God the pilot realised in time otherwise I don't think we would have made it once the flight was up in the air. However the Thai airways ground staffs was most unhelpful. Flights were full so about 43 passengers, All of whom were headed to Mumbai, were made to wait hours for another flight by which time we had all missed our onward connection. Finally they put us on a low cost Thai flight to Bangkok and said everything would be sorted on arrival but there weren't even any Thai airways staffs to receive us. That's when I took it upon myself to make sure some staff comes, all the passengers get a hotel room & food until our return journey is sorted!   Apparently another group who was flying to Bangalore was put on an earlier flight from Phuket but they missed their connection and were made to sit at the airport overnight!"

Sophie reveals when they got to the hotel they were told the airline is refusing to pay for dinner.  The hotel just offered fruit and some pasta which barely fed half the people. By then it was 1:30 AM and they had been at Phuket airport since 2 PM almost 12 hours.  Apparently Thai airways didn't think they needed to give anyone dinner which Sophie found disgusting.  The actress says, "I took my team for dinner.  Meanwhile while my mum and I and a couple of other business class passengers were sorted on the next Thai airways flight to Mumbai, once again after I fought for it, Thai decided to put everyone else on a flight to Dhaka and then jet from Dhaka to Mumbai. I kept telling them it wouldn't work but they said it was the only option. Once the passengers checked in and got to the gate at 10am, they were suddenly told they can't fly because Dhaka saying not enough time for transit! That was it! Apparently people were furious! I was still at the hotel. My team called. Mum spoke to the travel agent in India who had done our tickets for the event but he couldn't help. By 12, we ran to the AirPort to help. By that time everyone had come out and was back at the ticket counter! Seats were available on Jet but Thai was refusing to speak to them. I finally spoke to head of Jet in Bangkok, who knows me, and Mohit came to my rescue by getting some members of my team on their flight. The Thai staff was shocked but also grateful because the only solution they had come up with was to send everyone to Delhi and then expected people to get back to Mumbai by themselves! I managed to get the rest of my team on the Thai flight with me and helped a few other passengers to get sorted too! Had I not gone to the airport in time, these guys would have been stranded another day!"

Sophie continues, "What shocked me most about this episode is how unhelpful much of the Thai airways staff was and that too in their main headquarters! It's not like any of us missed a flight. Their plane has a technical failure due to which we were all stranded and they should have taken better care of everyone and found viable solutions rather than just trying to get rid of people however! At one point i was ready to buy new tickets for my team to get them out of there. We all had to get back for another show. I was actually told that it's doubtful that a refund would ever come! I have always held Thai airways in high esteem for efficiency but this trip was a whole new experience. We all love travelling but it was the first time we all couldn't wait to jump on a plane home!!"