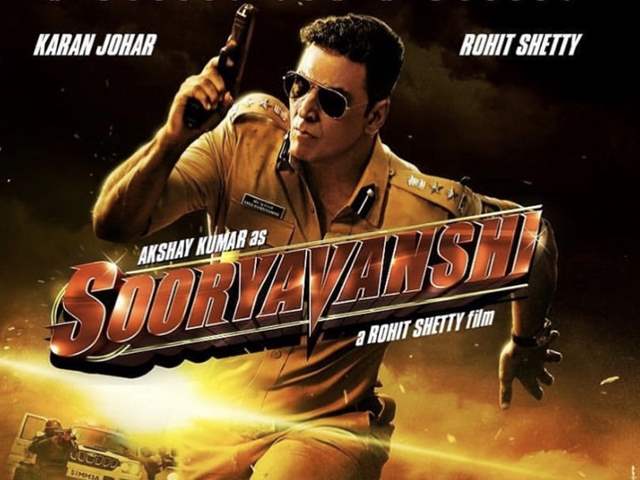 It's all happening in Bollywood right now. The industry, which had almost gone silent in the previous 18 months (thanks to COVID), has hurriedly put out a large calendar of 2022 in which several production houses have booked dates for their upcoming movies even though some of them are still shooting. If everything goes well and the previously announced dates do not need to be changed, 'Sooryavanshi' will be the first biggie to see the light of day.

According to reports, the makers of Akshay Kumar's 'Sooryavanshi' have begun calling theatre owners to inform them that their film will not share the screens with any other film and will be released on the same day that is 5th November, Diwali 2021.

The theatre owners have given it their approval; as they are well aware that they will be fed another biggie in Christmas 2021 - Ranveer Singh's '83.

There have been rumours which has caused a problem for the Salman Khan and Aayush Sharma starrer 'Antim' and the English film Marvel's 'Eternals,' both of which had planned to release on the same date that 'Sooryavanshi' ended up choosing.

According to Etimes, Sunil Wadhwa, who is distributing 'Sooryavanshi' in Bombay Circuit. has given his confirmation, Wadhwa said

We welcome the decision of the Maharashtra State Government to reopen cinemas from October 22 and it has given us immense pleasure to announce our most awaited film of the year 'Sooryavanshi' as a Diwali release for not only the exhibitors but also for the moviegoers who were waiting for a big tentpole film. We are awaiting the SOP guidelines for Maharashtra based on which our distribution strategy will be planned.

In lieu of the the above, all exhibitors have promised to show 'Sooryavanshi' with 100 percent screen space; in fact, in other states where cinemas have already reopened, there is still a significant number of cinemas that will only show 'Sooryavanshi'."