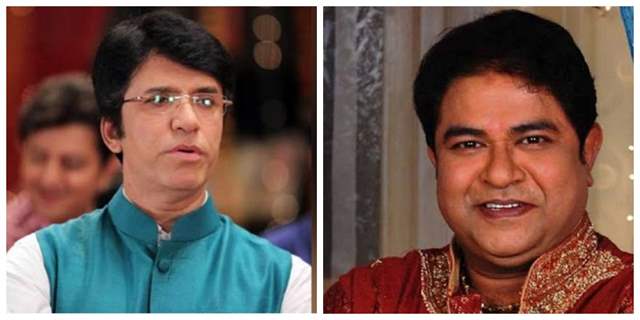 Just a few days back, Actor Ashiesh Roy who is currently admitted in ICU (Intensive Care Unit) for dialysis seeked for financial help through his facebook account. Actor Sooraj Thapar who is in constant touch with Ashiesh is doing his best to help the actor. Talking about it, Sooraj mentioned that he saw his post quite late in the night and was disturbed. He thought of calling the actor but he called him in the morning to know exactly what the problem was and how he could help him.

Speaking to the Times of India, Sooraj said, "He told me he has no money left with him. I asked him about his health issues so he explained to me that his sugar shoots up very high and thus he needs dialysis. He visited a hospital where he was first examined for COVID-19 which cost him some money and then he was finally admitted." He has been there and the bill has generated to be around 90,000 already and he got really scared knowing the amount.

Sooraj further shared, "He told me he doesn't have a single penny now to pay, these were his words to me. Ashiesh is in a sad state and he in fact told me Corona mein itne log marr jaate hain ek aur ho jaayega usmein kya." However, he asked the actor to not think negative and to not get depressed.

Sooraj Thapar also mentioned that he spoke to Amit Behl from CINTAA and he told him that they have helped him with substantial amount for treatment in the past and they will try to do their best now as well. However, because of the lockdown there are many artists whom they have to look after but they will still try to help Ashiesh.

Sooraj Thapar is doing his best to help Ashiesh and has approached different NGO's as well as Sushant Singh, general Secretary of Cine And TV Artists Association (CINTAA) to help him. His sister is also trying to connect with Salim Khan to see if they can help him through their foundation Being Human. Somebody also advised him to tweet to the CM and Prime Minister and he asked Ashiesh to do the same. "Sooraj tried selling off his flat before the lockdown for some cash, but that also did not materialise as the girl who was to buy his flat lost her job during the lockdown period," he shared.

Ashiesh Roy's sister Conica Halder: I don’t have the heart to tell ...