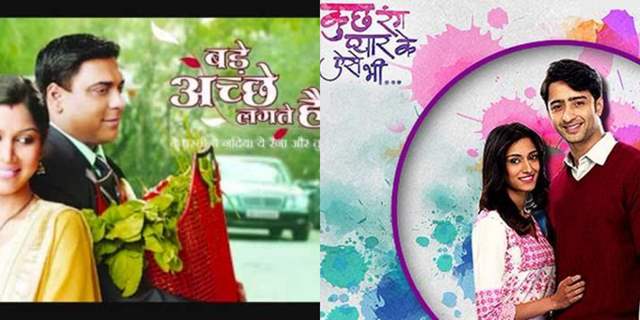 Amidst lockdown, a barrage of popular shows have already returned to rerun, and some of them have truly been iconic over the years. Joining the bandwagon, the latest we hear is that two of Sony TV's popular shows, Kuch Rang Pyar Ke and Bade Acche Lagte Hai will also be returning.

Kuch Rang Pyar Ke Aise Bhi is an Indian romantic drama television series which aired on Sony TV staring Shaheer Sheikh and Erica Fernandes. The show originally ended on 24 August 2017. But on 31 August 2017, the channel announced that because of viewers' demand, the show aired extra episodes of Dev and Sonakshi's bonding with their newborn.

And another popular show Bade Achhe Lagte Hai starred Ram Kapoor and Sakshi Tanwar. It was one of the most-watched Television shows in 2011. Incidentally, today the show has completed nine years. Producer of the show, Ekta Kapoor even shared a post on the same.

A HUGE FAN 2 months ago I loved BALH. I wish we would get another serial with the same leads.

Sujz 2 months ago and what? Then stop airing it in between and hurt the fans like they did with YUDKBH? Sony TV lacks professionalism.

purplegrapes 2 months ago yay!!!! so happy .gonna watch it

Kubbra Sait Slammed By Kangana For Supporting ...
10 minutes ago