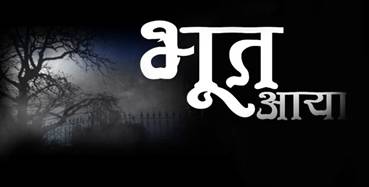 Sony Entertainment Television's horror series Bhoot Aaya will narrate yet another spine chilling episode this weekend, a story of young girl Krutika. Krutika has been brought up in a liberal environment that does not promote superstition or similar beliefs. One day, Krutika starts feeling someone is watching her all the time.

The feelings keeps increasing and one day she sees a shadow form in her room. Krutika invites a friend for a night stay and wants to share her fear with her. In the middle of the night, she is awakened by a murmur; the voice is very incoherent and seems like omnipresent in the room. She breaks down and shares her experience with her friend, who mocks her fear and experience.

The next night she gets the first clear vision of a boy sitting on her bed and murmuring the same words she had only heard before. Krutika almost faints at the sight of him. Though the family is a non-believer, they consult a priest to save their daughter from such nightmares. The priest then finds the reason behind Krutika's ordeal and takes her to the same grave of James Masscarenhas where Krutika once stopped and prayed for his soul to rest in peace.

10 years ago @missypatel i agree i thought it was someone else...

10 years ago It doesn't look like her..but LOVE the shot!