You are here :
Advertisement
OVERVIEW ABOUT CAST FORUM
49
ARTICLES
1
VIDEOS 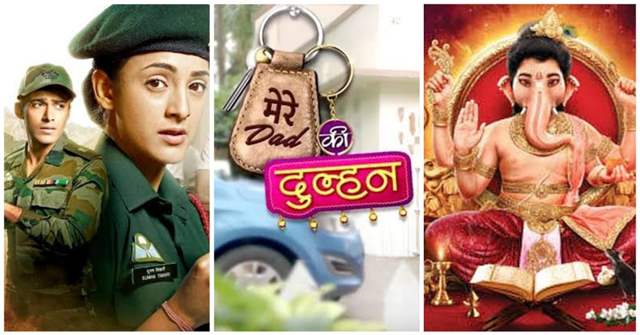 While the entertainment industry has finally resumed their shoots, many popular shows will soon air their fresh episodes for the viewers with interesting and exciting storyline. The makers have been trying their best to introduce various new twists and turns for the audience, keeping them entertained.

The shootings of the shows have already resumed in full fledge and the makers are taking all the precautionary measures to ensure complete safety of the entire cast and crew. Several guidelines that have been issued by the government are also kept in mind whilst shooting for the shows.

What do you guys think of the above news? Are you guys excited for the fresh episodes of these three popular Sony TV shows? Do let us know your views on the same in the comments section below.

alina.b 2 months ago Can't wait for Ek Duje Ke Vaaste 2 to air again! Mohit Kumar, Kanikka Kapur, and the rest of the cast are doing an amazing job! I hope the whole cast & crew stays healthy <3

Bucky 2 months ago I can't wait for new episodes of Ek Duje Ke Vaaste 2 to begin! Waiting to see the duo of Mohit Kumar and Kanikka Kapur back on screen! :)

Ayushmann Khurrana Reacts to Being Voted as One of the Most ...
48 minutes ago