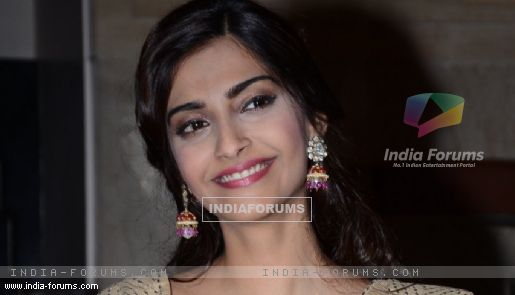 Actress Sonam Kapoor says she is recuperating well from swine flu, but will not be discharged from Kokilaben Hospital here Thursday.

The daughter of actor-producer Anil Kapoor took to micro-blogging site Twitter to update her fans about her health condition and dismiss reports of her being discharged later Thursday.

"Unfortunately not getting discharged today...Thank you all for the love," Sonam tweeted Thursday.

The actress also thanked her fans for showering their love and affection on her.

"Hi everybody I'm feeling much better...Thank you for all your wishes for my recovery," she posted on Twitter.

Sonam was shifted to Kokilaben Hospital here from Rajkot on Sunday. The actress went for a checkup at a Rajkot hospital last week and was diagnosed with swine flu.

Sonam was in Rajkot for the shooting of "Prem Ratan Dhan Payo", which also stars Salman Khan.