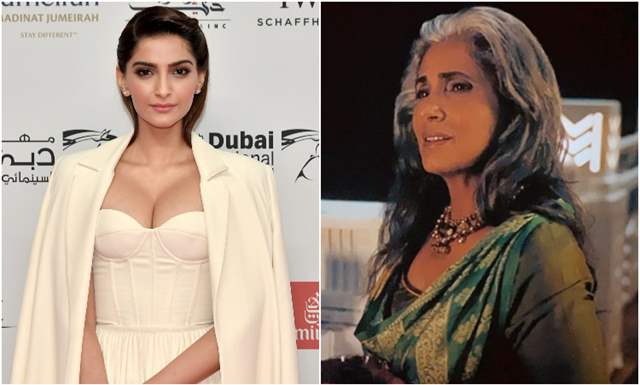 Christopher Nolan’s Tenet is touted to be one of the most awaited films of the year. The film’s trailer made a lot of noise during its release and considering Nolan’s genius to create visual excellence and mastery to perform real-life sequences fans across the world waited to experience his cinematic prowess. The film also stars Bollywood actor Dimple Kapadia in a prominent role alongside John David Washington, Robert Pattinson, Elizabeth Debicki, Michael Caine and Kenneth Branagh.

While the film is yet to release in India and Sonam Kapoor - who is living with her husband Anand Ahuja in London turned to be the lucky one as she got a chance to watch Tenet in movie theatres. She even praised Kapadia claimed to have received goosebumps watching her performance.

Sharing a glimpse of Dimple on her Instagram handle, Sonam wrote: “So I went to watch @tenetfilm in the cinema today. Firstly the incredible experience of watching a film on the big screen is unparalleled. Secondly to watch the luminous Dimple Kapadia in the film gave me goosebumps. Nothing compares to cinema, the big screen and its magic. Nothing.”

Meanwhile, on the work front, Sonam was last seen in 'The Zoya Factor' co-starring Dulquer Salmaan. The film was released in September last year. Next, she will be seen in the sequel to Veere Di Wedding co-starring Kareena Kapoor Khan and Swara Bhasker.