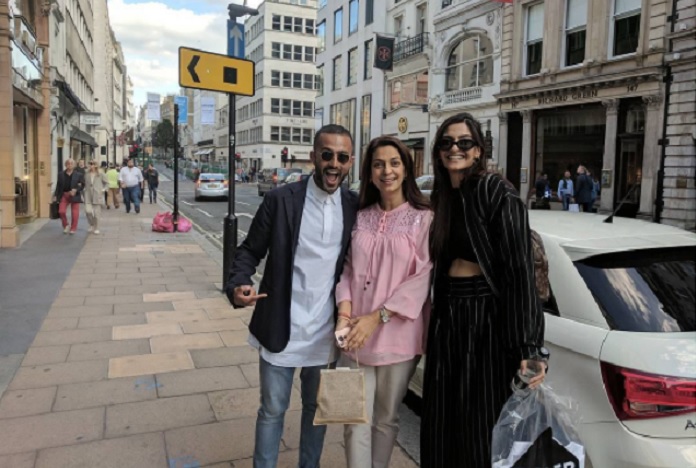 Actress Juhi Chawla was in for a pleasant surprise while roaming around in the streets of London when she met Bollywood actress Sonam Kapoor.

"What a pleasant surprise...meeting the lovely Sonam Kapoor... We laughed and took pictures in the middle of Bond Street," Juhi posted on Twitter on Sunday.

Sonam is reportedly on a vacation in London with her rumoured boyfriend Anand Ahuja.

On the work front, she will be seen sharing the screen space with actor Akshay Kumar in film "PadMan".