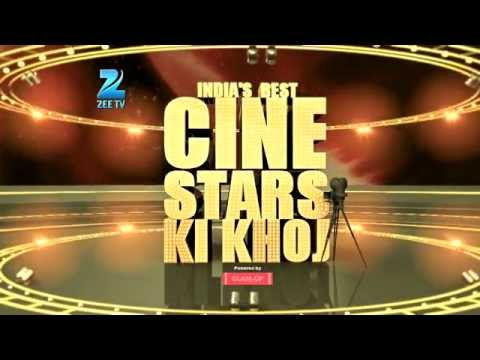 As India's Best Cine Stars Ki Khoj is nearing its finale, the talent hunt show on Zee TV is leaving no stone unturned to entertain its masses as well as its contestants.  While many popular Bollywood celebs have made their appearance on this show, Sonam Kapoor and Fawad Khan are also promoting their upcoming film Khoobsurat.

Well, stars of the upcoming film Finding Fanny Deepika Padukone and Arjun Kapoor made their presence felt on the show and also engaged the viewers. Their act was very entertaining as the two picked up badminton rackets to play a mini-match between themselves.

In a similar way, some fun loving moments will be seen in the upcoming episodes of the show.

When celebs make their appearance on these reality shows, the audience's always get to see some funny and interesting moments on the show.

Like Deepika and Arjun, we hope that with the Khoobsurat team along with the contestants and judges spends some gala time again on the show.

6 years ago FAWAD good luck to you for everything

Waiting for Khoobsurat to release only to watch you on that big screen. I don't know how this movie would be but you sure are gonna rock the character you are playing. :)

6 years ago I wish for the movie Khoobsurat to be a huge success of Fawad Khan and Sonam Kapoor.

+ 2
6 years ago best of luck for khoobsurat Fawad Khan and sonam...