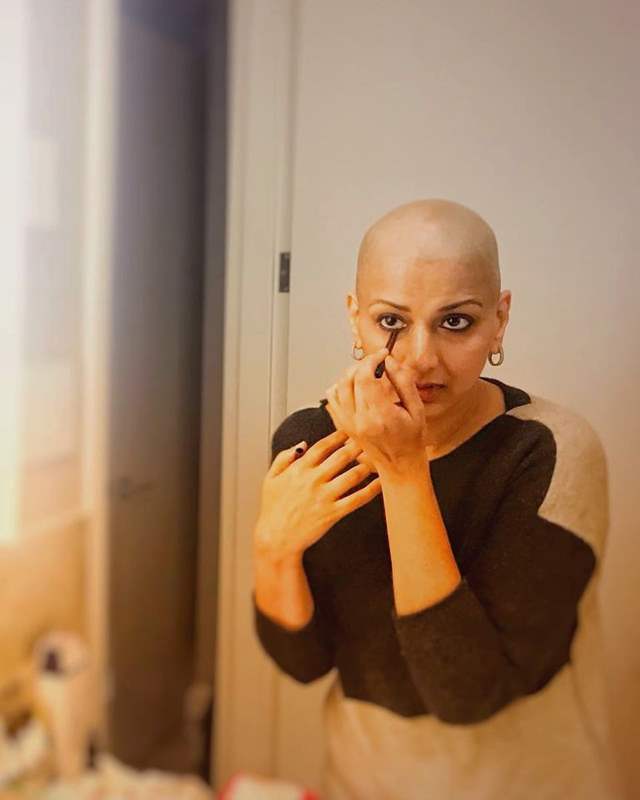 Sonali Bendre is a warrior and despite being at a stage where many patients give up and surrender to the illness, the actress very bravely gave a tough fight to the deadly C and emerged victorious with a wide smile on her face, leaving all her fears behind.

Recently, during her interaction with SpotboyE, the actress revealed how in times of COVID-19, she has to be more cautious and take a better care of herself owing to her recent recovery from the deadly C. She further shared how her doctors reacted when they found out she is a celebrity in India and after she shared her bald pics with the world.

Talking about her current health and about aking extra precautions after battling a serious illness, she said: "I'm doing well right now. I'm feeling good. Also, I would say it hasn't been much of a shift for me because the last 2 years have been sort of a quarantine for me anyway. So it’s not too much of a change at this point, but I would have a lot of visitors coming and going then. That’s the part that I miss the most.Above all, I'm missing my parents right now in this because I can't really meet them. But other than that, we have lots to be thankful for. I always count my blessings." 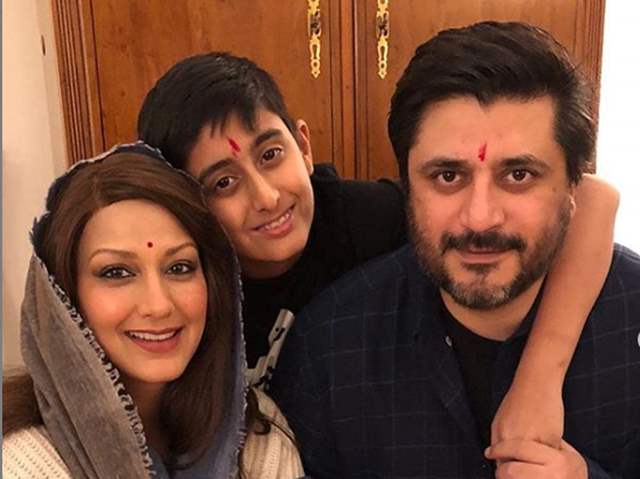 She further added, "You have to eat healthy and take care of yourself. There are certain things that I do follow. I have been doing a couple of things which seem to have helped. When you do chemotherapy, your body goes through a lot and your immunity generally drops to zero.But I have been through my entire treatment without any antibiotics. The fact that I went through strong chemo sessions without having to take antibiotics means my immune system was strong enough. There were small things I was doing like consuming turmeric, ginger, amla and some raw fruits-n-vegetables.My mornings still start with a green juice, followed by hot water which cleanses the body." 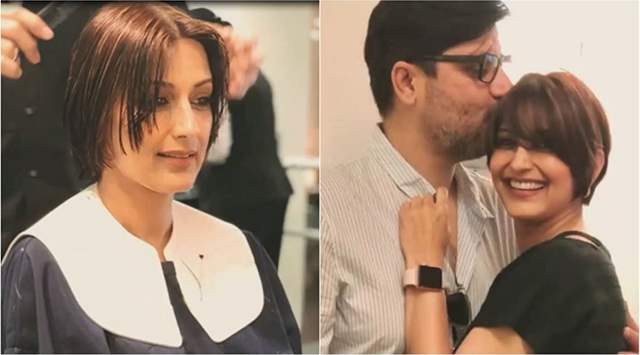 Talking about sharing her bald pictures with the world, and how her doctors reacted to it, Sonali said, "What you said was absolutely the fact. So, the moment you put it out, the whole world is seeing it. And let everyone smile.Frankly, how long are you going to hide? Just get on with life, man. I felt I was getting distracted trying to hide my falling hair, so just putting it out there fully bald was more to help myself than anything else. It was quite liberating, actually."

Sharing about consulting with her husband Goldie Behl about sharing her bald pics, the actress said, "We were talking about it. Goldie used to, in fact, say that why are you being shy about it. He used to say I need to own it and that I look fabulous without my hair as well. Today, he tells me that ‘you should not grow your hair back, the short hair suits you very much’. My husband has been an amazing support."

She then went on to reveal how her doctor reacted when he saw that she has put out that bald picture, "My doctor’s didn’t really know for the longest time who I was. But when I put out that pic, somebody tried to access my record and my doctors were informed that this patient of yours is a known celeb from India. After that, they came in and said that they have increased the access to my password.The one thing that they said- and I shall never forget that- was that 'we are glad you are putting a picture that is happy as it spreads positivity'." 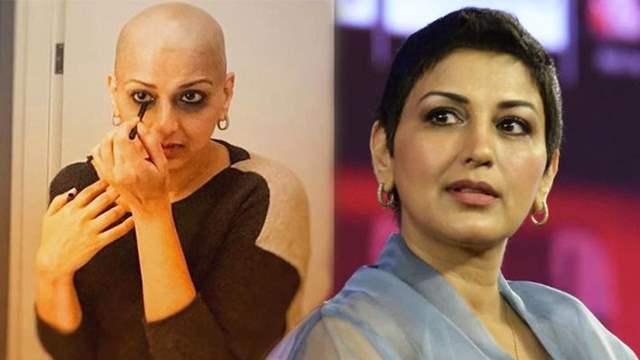 Revealing about her Chemotherapy session, Sonali shared, "I think when my chemos were happening, a friend of mine said she's going to film me walking around. Now, my hair had started falling around that time and I used to constantly touch my hair and do the Tattad Tattad step of Ranveer Singh- and mind you, she took a video and it was so funny!All the nurses there started cracking up. I used to think that I have lost the plot.

So, I think all that saw me through- that positivity, that madness, that laughter. Even as I used to wake up through my chemo sessions, I had my kaajal on. I was glamorous through it all."

CINTAA ties up with Zindagi Helpline for combating suicides, ...
16 minutes ago

Sushant Singh Rajput Revealing about the Moment he Got Very ...
16 minutes ago

'Get Out' Fame Daniel Kaluuya To Star in Netflix's 'The ...
8 hours ago
View More
TOP