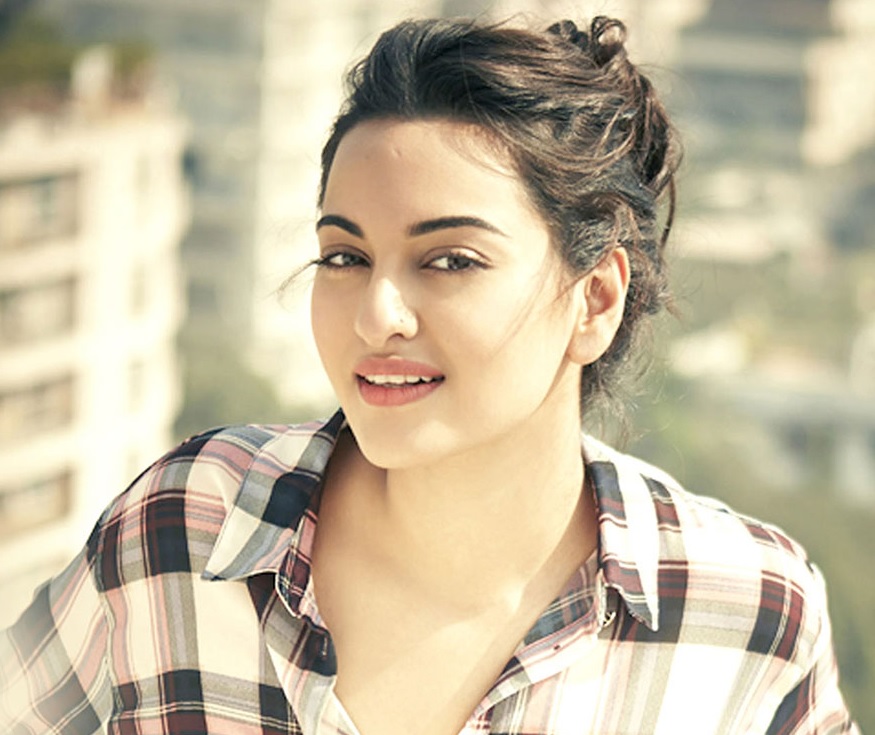 Actress Sonakshi Sinha "couldn't be happier" to unveil her first single "Aaj mood ishqholic hai" - a track with strong hip-hop beats. And now, she wants to join forces with popular singers like Honey Singh and Mika.

"I've always believed in learning from experience and we have such amazing artistes that I would love to collaborate with. Honey Singh, Badshah, Manj from RDB, Vishal-Shekhar, Salim-Sulaiman, Hard Kaur, and Mika are some of the Indian artistes whom I really admire in this space and would love to work with them as a singer," Sonakshi told IANS.

Internationally, she shared that it would be "so exciting" to work with Adele, Beyonce Knowles and Ed Sheeran.

As of now, she is excited about her single that was unveiled on Wednesday. With music by Meet Bros and lyrics of Kumaar, the song, which showcases her rapping skills, has been released by T-Series.

"I was super excited. I chose the genre that I wanted to sing and was involved with the song right from its conception. I am very clear in my head about the kind of songs I want to do, and what space they will be in. Along with Meet Bros, Kumaar and T-Series, I believe I got the perfect first song for me. I couldn't be happier," said the "Dabangg" actress.

The video has been viewed 7,38,885 times on YouTube till now, and she is happy with the response.

"Today everything is digital. So yes, I think releasing something online creates a great buzz and reaches out to an audience internationally too! As soon as the song hit (online), I got an amazing response not only from Indian fans but from people from Iraq, Malaysia, South Africa, US and UK too," she said.

In fact, she likes to be hooked to social media.

"It's a direct link from me to my fans. Everything has an upside and a downside but luckily enough for me the social media experience has been more positive than negative. I enjoy it and have grown up in the time that it started booming as well so it comes as second nature to me. It's a wonderful tool to interact with and reach out to the people who really care about you from all over the globe," said the 28-year-old.

A few months back, she rocked the stage of International Indian Film Academy (IIFA) Weekend and Awards. Does she plan to do a full-fledged concert soon?

"That is a dream which is probably not so far away. I want to make enough songs so I can have my own concert one day. Being on stage, gives me a different high. I've danced on stage an umpteen number of times but the kind of feeling I got when I sang at IIFA was incomparable. I want to feel that again and I hope I do that very soon," she said.

Fans will have to wait for that for a while as she is currently filming "Force 2" here.