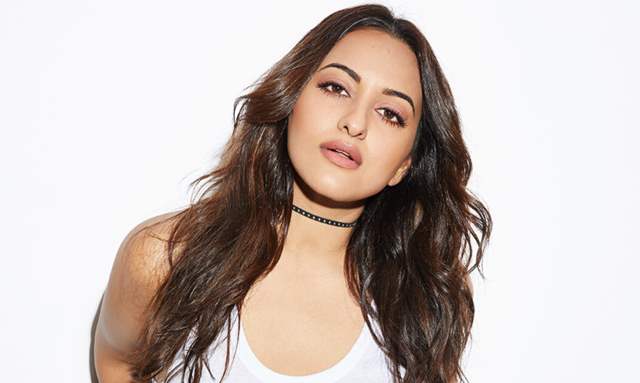 At times social media can be very disturbing and off lately many celebrities having been facing unnecessary criticism. However, actress Sonakshi Sinha has been facing such judgements for sometime now. While the fans fail to ignore her knowledge about Ramayana, she is often judged for her weight as well.

She has been vocal about her issues related to weight and clearly she has suffered a lot while struggling with it especially as a child. Being body-shamed on multiple occasions and being bullied as a child, Sonakshi never let that destroy her self esteem and hope.

In a recent interview with Cosmopolitan, the 33-year-old actress opened up about how she never let the body-shaming bring her down. To everyone’s surprise, Sonakshi revealed that she lost 30 kg before Dabangg and even even after losing weight, people still talked about the way she looked.

“You know, I was always an overweight child. I used to be 95 kilos in school. People bullied me, and the boys called me names. I never took the bullying to heart. And I didn’t let it bring me down because I’ve always known there’s much more to me than my weight or my size,” she said.

Sonakshi also narrated her experience post weight loss and said, “It was a huge achievement for me. And I was so proud of myself.”

She added, “But people were still talking about how much I weighed and how I looked! Eventually, I told myself that I wouldn’t let them bring me down because they had no idea what I had been through, how hard I had worked to get here. And, in the end, it really didn’t matter what they thought. They were not the ones in a big-ticket Bollywood film, I was!”

Earlier, the actress has pulled off a savage step by deactivating her Twitter handle to avoid negativity and judgements from netizens. She took to her Instagram handle and broke the news. The 33-year-old actress shared a GIF of Amy Poehler throwing the peace out sign at an awards show.

Meanwhile, on the work front, Sonakshi Sinha was last seen in a special appearance in the comedy-drama film Ghoomketu, which stars Nawazuddin Siddiqui in the lead role. Apart from that she will be seen in Bhuj: The Pride Of India, which will be releasing on Disney + Hotstar.

arshiipk 3 months ago Oh God! All these so called star kids exhibit so much of arrogance. Seriously, she was in big ticket bollywood films playing flower pot roles with zero acting skills, still the arrogance🙄