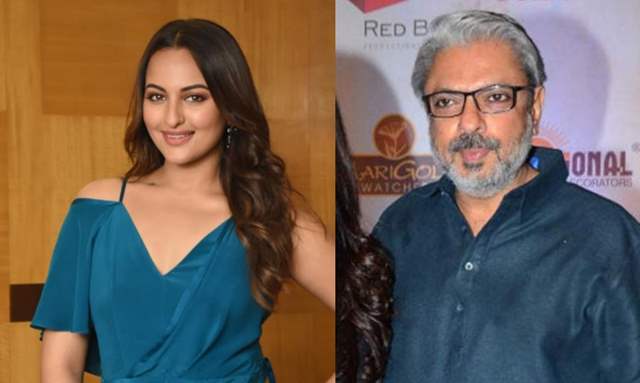 Finally, the speculations for the casting of Sanjay Leela Bhansali’s Pakeezah-styled magnum opus Heera Mandi ends today. According to recent reports, two actresses have been locked in for the upcoming film.

While Huma Qureshi was the first to be finalized to play one of the sex workers, Sonakshi Sinha is the next actress to hop on board the Heera Mandi express.

A recent Bollywood Hungama report quoted a source close to the development and shared, “More than Sonakshi herself it’s her father who has been most keen that she work with Bhansali. Sonakshi did a Bhansali production earlier than Rowdy Rathod. She will now be playing one of the protagonists in Heera Mandi.”

What makes it even more interesting is that apart from Sinha, celebrated actors like Huma Qureshi, Nimrat Kaur, Sayani Gupta and Manisha Koirala are also finalized to play extremely strong characters. Bhansali is said to direct the first two and the last episode while the rest of the lot will be directed by Vibhu Puri.

Interestingly, Qureshi has also shot for a special song in Gangubai Kathiawadi.

Reportedly, Sinha will also be taking Kathak lessons to perform the Mujras in Heera Mandi which (the Mujras) would be neither like those in Pakeezah nor Umrao Jaan.

“Sanjay Leela Bhansali wants the songs, music and dances in Heera Mandi to be unique. While it is true that he is inspired by Pakeezaah he wants Heera Mandi to have a completely different look, never seen before in any cinema in the kotha culture,” the source added.