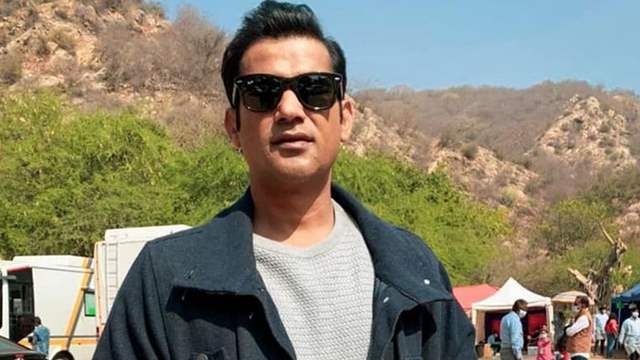 Tumbbad actor Sohum Shah has completed shooting for his upcoming film, 'Maharani' he will be essaying the role of 'Lalu Prasad Yadav' in the film.

Sohum gained a whopping 12 kgs to get look of the politician he is portraying in the film. He is donning the role of a politician for the first time and also worked on getting the Bihari dialect right. Sharing screen with Huma Qureshi in the film — it is going to be a visual treat and the anticipation among his fans and audiences crosses all bounds.

Sohum took to his social media to share post wrap up pictures with the cast and crew and penned an emotional note alongside. He wrote, “Time flies when you're having fun! Yakeen nahi ho raha that we're done shooting for #Maharani already... Itni jaldi bye bolne ke liye ready nahi hoon, even though its been over a year since we've been working on this project, it feels like it all began yesterday.

It's been such a pleasure to work with such an incredible team. Bohot kuch seekhne ko mila, bohot masti ki set pe, aur bohot saare memories bhi banaye sabke saath. Thank you Subhash, Karan, Huma and everyone for an amazing experience!

I can't wait for you all to see what we've made, so stay [email protected] @kapoor.subhash @karansharmaa_official”

From playing a role of a Maharashtrian in Tumbbad to playing a Gujarati in upcoming film Big Bull and now a Bihari Politician, Sohum's calibre allows him to explore it all. He is that actor, every filmmaker can count on for slipping into the skin just right.

His film, Maharani is directed by Subhash Kapoor. His upcoming projects are some really intriguing ones, as he will be seen in a Reema Kagti directorial web show, Fallen and also the film, The Big Bull.