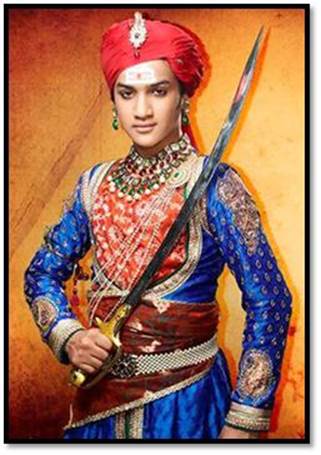 The popular Sony Entertainment Television historical saga Bharat Ka Veer Putra Maharana Pratap is leaving no stone unturned to entertain its audiences. The show is all set to enthral and entertain its viewers with exciting twist and turns. The storyline has been seeing the endowed fighter Pratap fight a lot of enemies, but this time he will be seen fighting a snake.

The current track is spinning around Gauhar Khan's (Reema Worah) innumerable failing attempts to plot Pratap's (Faisal I Khan) killing. Akbar who had hired Gauhar Khan with a mission to assassinate Pratap is highly disappointed with her enactments and has now taken the decision of giving Gauhar the last chance or he might end her life. Abkar appointed Surtaan to kill Gauhar if she doesn't succeed in her last attempt. In order to save her life Gauhar will plan a trap against Rao Surtan Singh (Aanand Goradiya) but Pratap will be targeted.

The upcoming episodes will witness a deadly snake attack on the Pratap. Unaware of Gauhar's vicious plan Pratap will be bitten by snake instead of Surtan. Entire Bijoliya will panic and will be in shocked seeing Pratap in this condition.

..Pankhudi.. 6 years ago Miss you Surtan Singh aka Aanand Goradiya !!

Fiery 6 years ago Every actor is doing great in MP love this show.

_NeverMind_ 6 years ago Faisal and Roshni are amazing as Pratap Ajabdeh .

Ohhh 6 years ago Roshni and Faisal as PrAja are outstanding !!

KratikaTheDiva. 6 years ago All the actors of MP are awesome ..love them all !!

Fiery 6 years ago Ajabdeh have did it . love pratap ajabdeh jodi.

..Pankhudi.. 6 years ago All the actor of Maharana Pratap are doing superb job. Their acting are flawless. I so miss you you Aanand Goradiya .

You know what nobody can say Jee Bavlo hogayo like you used to say !!